Autobiographies from voices as varied as Jenson Button and Paralympian Andy Grant go up against a Tiger Woods exposé in the running for 30th William Hill Sports Book of the Year Award. 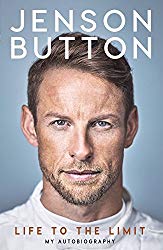 Jenson Button, one of the most popular racing drivers of his generation, is gearing up for a new challenge as he aims for pole position amongst the contenders for the 2018 William Hill Sports Book of the Year Award. The longlist, announced in late September, pits Button’s autobiography Life to the Limit: My Autobiography (Blink, Bonnier Books) against 16 other titles vying for the £30,000 cash prize.

The Award – the world’s richest and longest-running prize for sports writing – celebrates three decades of game-changing literary sports writing this year and its longlist of 17 books is no exception, whittled down from 141 submissions.

Alongside Button’s book sits Andy Grant’s deeply personal autobiography You’ll Never Walk (deCoubertin Books), which details Grant’s triumph over adversity: from a difficult boyhood to losing a leg as a Royal Marine in Afghanistan before going on to win a 10K below-the-knee-amputee world record – completing the run in an unprecedented 37 minutes and 17 seconds – as well as claiming two gold medals in Prince Harry’s The Invictus Games. 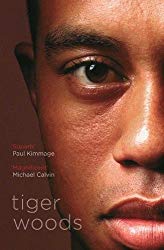 In another very different account of a sportsman’s life, Armen Keteyian and Jeff Benedict’s Tiger Woods (Simon and Schuster) saw the two American investigative journalists spend three years researching the biography which charts the golfing star’s double life and fall from grace. The authors drew on more than 400 interviews with people involved across all areas of Wood’s life, from romantic partners to business associates.

One novel has made it onto the longlist – described as a ‘love letter to Test cricket,’ The Test (Constable, Little Brown) by England Cricket’s lead for research and Innovation, Nathan Leamon, is a humorous, fast-paced story about the battle on and off the pitch of a fictional stand-in England captain.

Acclaimed sports writer and journalist Mike Calvin (co-author of the ground-breaking Proud in 2014 and author of Living on the Volcano: The Secrets of Surviving as a Football Manager in 2015) is the only previously-shortlisted author to appear on this year’s list, with his spotlight on the beautiful game, State of Play (Century, Penguin Random House) – a book that explores topical issues in modern football, from mental health to money, women’s football to World Cups. 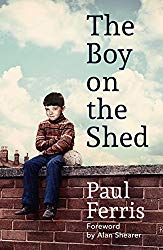 Three books showing how politics can shape destiny feature on this year’s list, with two titles set during The Troubles in Northern Ireland and one during the 1936 Nazi Olympics. The Boy on the Shed (Hodder & Stoughton) by footballer-turned-physio-and-lawyer Paul Ferris is an autobiographical account of fighting against the odds, including growing up surrounded by sectarian hatred and struggling with injury as a Newcastle United player; equally, the biography of tragic world champion boxer Eamonn Magee, The Lost Soul of Eamonn Magee (Mercier Press) by journalist Paul D. Gibson, documents a life filled with violence, vice and mental health problems which took its subject away from his craft.

In Berlin 1936: Sixteen Days in August (The Bodley Head, Penguin Random House), German historian Oliver Hilmes tells the story of the Nazi Olympics through the voices and stories of those who were there – including Nazi leaders, socialites, and athletes – with each chapter dedicated to one of 16 days in August when the Olympic Games were staged in Germany. 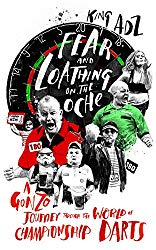 Demonstrating the range of books championed by the Award, Fear and Loathing on the Oche (Yellow Jersey, Penguin Random House) sees gonzo journalist King Adz turn his attention to the eccentric culture of World Championship Darts, from the beer-swilling world-class superstars to the debauchery and obsession of their fans. Journalist Steve Hill’s book, The Card (Ockley Books), adopts a similarly light tone, and is described as a tragicomic travelogue. As a life-long football fan and Chester supporter, he explores the fine line between being a fan and an obsessive.

Helen Croydon and Moire O’Sullivan offer respective accounts of challenging stereotypes to achieve sporting glory. The author of Sugar Daddy Diaries and Screw the Fairytale, journalist Croydon’s long listed title This Girl Ran: Tales of a Party Girl Turned Triathlete (Summersdale Publishers) tells the story of how she swapped a life of cocktail bars and dating for the trials of triathlons, trail runs, long-distance cycles and ocean swims in pursuit of her dream to qualify as a Team GB triathlete. O’Sullivan’s Mummy’s Gone Adventure Racing (Sandstone Press) shares the author’s personal struggle to combine motherhood of two young sons with winning Ireland’s national Adventure Race Series in 2014 and 2016.

Other autobiographical entries include the critically acclaimed A Boy in the Water (Particular Books, Penguin Random House) by Tom Gregory, an account of how he became the youngest person to swim the English Channel aged 11, and tennis star Gregory Howe’s Chasing Points: A Season on the Pro Tennis Circuit (Pitch Publishing) about his journey through the levels of the game.

Finally, completing the longlist is writer, runner and English teacher Jonny Muir’s story of hill running in Scotland, The Mountains Are Calling: Running in the High Places of Scotland (Sandstone Press).  The book charts the sport’s evolution over half a century – a discipline he argues is largely untainted by commercialism.

The longlist in full (alphabetically by author’s surname):

Chairman of Judges and co-founder of the Award, Graham Sharpe, said:

“Over the last 30 years this award has been responsible for raising the quality and breadth of subject matter of books about sport, which was the aim from day one. Since our first year, in 1989, over 3000 books have been entered for the award and, including this year, well over half a million pounds of prize money has been handed out to longlisted, shortlisted and winning authors, making this the biggest and longest running commitment ever given to promoting sports books.”

The judging panel for this year’s Award consists of: journalist and broadcaster Mark Lawson; retired professional footballer and former chairman of the Professional Footballer’s Association, Clarke Carlisle; broadcaster and writer John Inverdale; broadcaster Danny Kelly; award-winning journalist Hugh McIlvanney; and The Times columnist and author, Alyson Rudd. Chair of Judges is Graham Sharpe, co-creator of the Award alongside the late John Gaustad, founder of the Sportspages bookshop, who passed away in 2016.

The 2018 shortlist will be announced on 25th October 2018. The winner will be announced at an afternoon reception at BAFTA on Tuesday 27th November. As well as a £30,000 cash prize, this year’s winning author will receive a £2,000 William Hill free bet, and a day at the races.