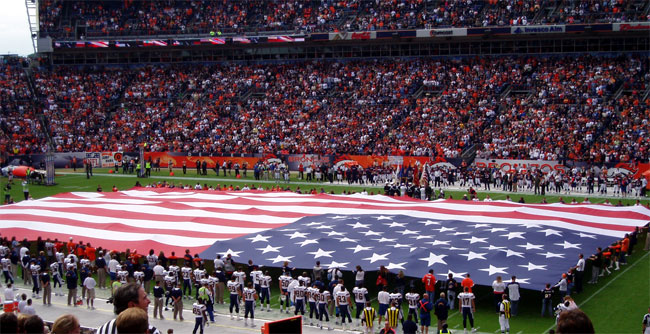 Big Decisions Required Before US Sports Return to Action

These are barren times for sports fans across the globe, as the coronavirus pandemic sees a near total shutdown of sports tournaments and events.

The vast majority of sports in the USA remains suspended at the time of writing, which in turn means there is very limited scope for sports betting. Numerous US sports tournaments have been affected, with season’s either having been postponed or having had their start delayed.

The NBA and NHL were both postponed indefinitely with each of them coming towards the end of the regular season and with the battle for post-season play-off places at a critical stage.

Dear NFL, NHL, NBA, MLB: If you try to play games in empty stadiums/arenas, the mobs of shutdown protesters reclaiming “their” streets will be at your gates, demanding to sit in “their” seats and watch “their” teams. Good luck with that.

Once a date for the resumption of both tournaments has been agreed upon, a decision will need to be made as to whether the remaining games in the regular season are to be played or, failing that, some agreement will need to be reached as to reducing the number of games played and a format found to decide upon which teams secure play-offs places and how they then proceed.

For example, the 2020 Major League Baseball season was scheduled to begin on March 26th, but MLB announced that the season would be postponed indefinitely as the extent of the coronavirus pandemic became apparent.

The one sport in the USA that has been relatively unaffected to date is the NFL. The season isn’t scheduled to start on 10th September although, as with every other sporting event, that clearly depends on developments in dealing with Covid-19.

Golf’s first major tournament of the year, The Masters, was also postponed, while the Boston Marathon has had to be rescheduled for September.

Elsewhere, a vast number of American athletes have had to reschedule their plans with regards to the 2020 Summer Olympics. These were originally scheduled to take place between 24 July and 09 August 2020, but have now been rescheduled for 23 July to 08 August 2021 as a result of the coronavirus pandemic.

There were recently hopes for a return to UFC action, but plans to hold UFC 249 on 18th April on an undisclosed private island came to nothing when the “powers that be” at pay-per-view broadcast partner ESPN and parent company Disney intervened according to UFC president Dana White.

There is potentially some cause for optimism, with Dr. Anthony Fauci, the USA’s top infectious diseases expert, having said that the only way professional sports will happen this summer is by holding events without fans in attendance and by keeping players in hotels.

That’s clearly not an ideal scenario, but it could be the best available option in the near future for the sports themselves, the teams, players, fans and those of us who enjoy betting on US sports.

Expires: 3004D 08H 5M
New customers only, bet up to £20 on the Exchange and if your first bet loses, we’ll refund you £20 in Cash. Bet must be placed in first 7 days of account opening. T&Cs apply. Payment restrictions apply. T&Cs apply 18+ONLY |BeGambleAware/ Bet Responsibly. This is an advertisement.