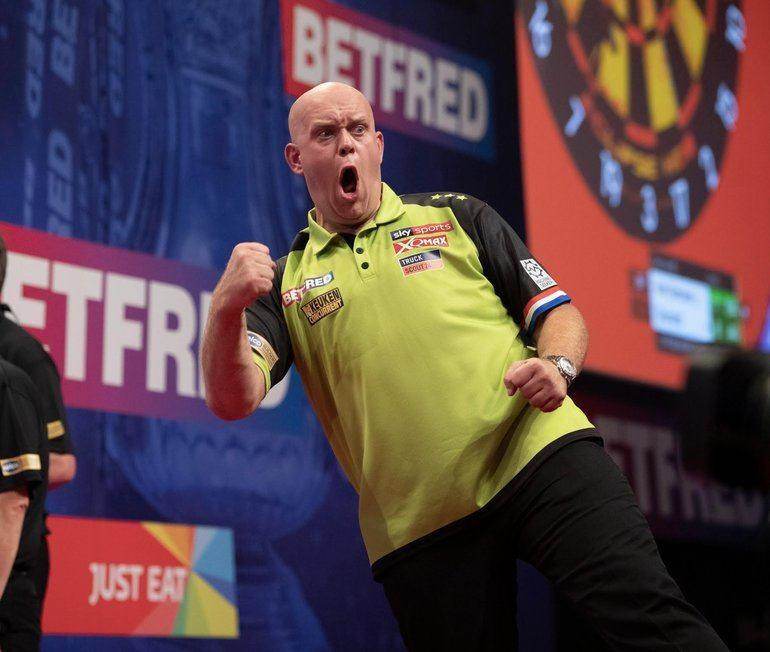 The 2020 Betfred World Matchplay begins on Saturday at the Marshall Arena, Milton Keynes, as Michael van Gerwen begins his bid for a third title against Brendan Dolan on the opening night.

Taking place over nine nights from July 18-26, the 27th staging of the prestigious tournament will be the first held away from Blackpool’s historic Winter Gardens due to the coronavirus pandemic and current restrictions.

The action will be broadcast live on Sky Sports in the UK, through the PDC’s worldwide broadcast partners including DAZN and RTL7, and on PDCTV for Rest of the World Subscribers.

Played behind closed doors, the biggest darts event of the summer will see 32 players competing for a £700,000 prize fund, with £150,000 and the Phil Taylor Trophy awarded to the champion.

The first round, played across the opening four nights, will see the world’s top 16 seeded players take on the 16 qualifiers from the one-year ProTour Order of Merit.

Since being crowned back-to-back champion in 2016, the 31-year-old has failed to go beyond the quarter-finals; a trend he is out to arrest at this year’s event.

“I think I underperformed in the last two years at the World Matchplay,” said Van Gerwen, who hit a nine-darter at the 2012 event.

“Of course, in 2017 it was all about Phil Taylor’s last year in Blackpool, so maybe it was meant to be that he won that one.

“In the last two years, Jeffrey de Zwaan and Glen Durrant both played very well to beat me, but I didn’t perform, simple as that.

“Early defeats in big tournaments like this hurt me because I am not used to it, but sometimes you can’t put your finger on why it happens.

“The World Matchplay is a lovely tournament with a format which suits me well and I am hungry to get this title back where it belongs in my cabinet.

“I have got nothing to defend at all so I think I might be hungry for that title.”

The 2019 final saw Cross fend off a Michael Smith fightback to win 18-13, claiming glory in just his third appearance at the World Matchplay.

“There’s a dartboard, a stage and a trophy to win. Whether it’s in Blackpool or Milton Keynes, I want to win it,” said Cross, who hit a nine-darter at the Marshall Arena at last week’s Summer Series.

“It’s a shame it’s not at the Winter Gardens but I really enjoyed being in Milton Keynes. The PDC have organised it brilliantly considering the circumstances.

World Champion Peter Wright will open his campaign against Jose De Sousa, the Portuguese sensation who has been making waves on the PDC tour over the last 18 months, winning two Players Championship titles.

Making his tenth World Matchplay appearance, former finalist Wright comes into the tournament in form, having topped the Summer Series Order of Merit.

“I will miss the fans but it’s great that the tournament will be going ahead at all,” said Wright, the world number two.

“I always enjoy playing the World Matchplay and it’s a tournament I desperately want to win at some stage of my career.

“In the 2017 final against Phil [Taylor] I got too emotional about it being his last game in Blackpool and that cost me on the night.

“Hopefully I get a chance to put that right this year, but with the long format of the matches I need to make sure my concentration levels stay high throughout.”

De Sousa will become the first Portuguese player to compete in the prestigious event, while Clemens is joined by Dimitri Van den Bergh and last-gasp qualifier Ryan Joyce to complete the four debutants.

Joyce – a Players Championship winner during the Summer Series to snatch qualification for the World Matchplay – takes on Simon Whitlock in the tournament’s opening fixture on Saturday, when former champions James Wade and Gary Anderson are also in action.

Stephen Bunting and Ryan Searle will be reserve players for the 2020 Betfred World Matchplay.

If such a situation were to occur, the replacement player(s) would be tested immediately and as soon as a negative result is received, they would be cleared to play. In this case, a re-organisation of the Order of Play may be required.

Each game must be won by two clear legs, with up to a maximum of five additional legs being played before the sixth additional leg is sudden-death. For example, should a First Round game (best of 19 legs) reach 12-12, then the 25th leg would be the final and deciding leg.