Does The Kentucky Derby Already Have Its Final Four? 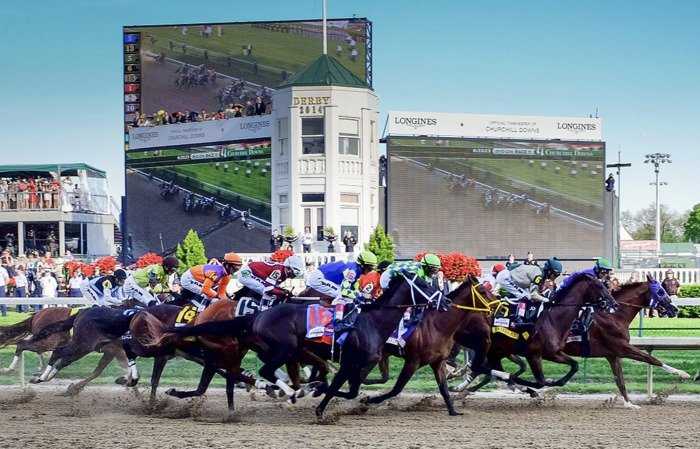 One of America’s biggest sporting events – and richest betting products – got underway this week with the opening round of the NCAA Men’s Basketball Tournament, better known to pundits and punters as March Madness.

It will conclude on the first weekend of April with what is known as the Final Four. About a month after the NCAA basketball champion is crowned, the American Triple Crown will be launched for 2021 with the annual Run For the Roses, the Kentucky Derby. The 147th running of the Kentucky Derby is scheduled for Saturday, May 1st, 2021 at Churchill Downs in Louisville, Ky.

Even though there’s much time remaining on the calendar until the horses will enter the starting gate, already, there are several horse racing experts willing to stake a claim that the Derby contenders have already been reduced to a final four of their own.

For some who are tasked with the duty of handicapping the race, they already see the winner coming from among a group of contenders that includes Concert Tour, Essential Quality, Greatest Honour and Life Is Good.

Let’s take a look at each of this quartet of equine stars and see what they have to offer. 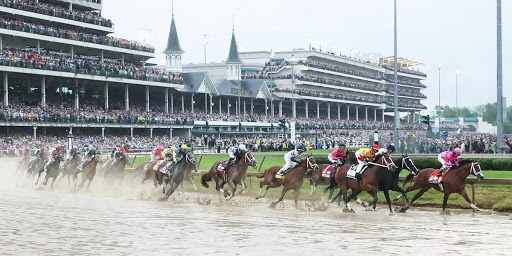 The Bob Baffert trainee already shows career earnings of $756,600. The colt took his third win in as many career starts with a March 13th victory in the Rebel Stakes (G2) at Oaklawn Park. Baffert won the Rebel for the eighth time. All of his wins have come since 2010.

“I think we came out of the Rebel saying Concert Tour is legitimate,” Andy Serling of Fox Sports told horseracingnation.com.

Essential Quality displayed just that at the end of last year, capturing the Breeders’ Cup Juvenile (G1). The horse would go on to be named the 2020 champion two-year-old male. The Brad Cox trainee is 4-0 lifetime, with an already impressive bankroll of $1,785,144. Essential Quality also was victorious in the $750,000 Southwest S. (G3) at Oaklawn Park on Feb. 27 and won a maiden race and the Breeders’ Futurity (G1) as a two year old.

“He’s a very fit horse that really, he doesn’t seem to have a bottom to him,” Essential Quality’s jockey Luis Saez told KentuckyDerby.com. “I think the further we go the better he’s going to get.”

In a sense, Greatest Honour appears to be the outlier in this group, as the colt is the only one in the bunch that’s met defeat during his racing career. “I’d put Greatest Honour behind the other three for one specific reason,” Jody McDonald of CBS Sports Radio said. “The top three are undefeated. Greatest Honour took four shots to break his maiden. Bettors like to lean on those that haven’t shown the ability to lose. Personally, I think the logic is a little faulty in not incorporating the possibility for improvement enough.” 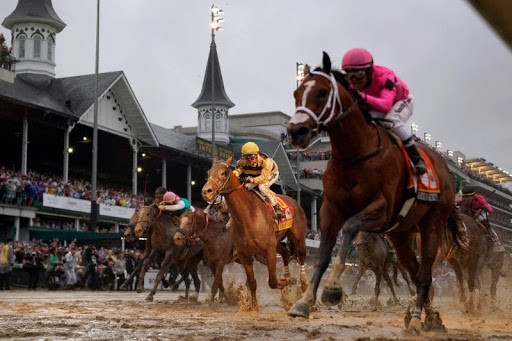 Another member of the stable of Baffert, who has sent out a record six  (1997, 1998, 2002, 2015, 2018, 2020) Kentucky Derby winners, like his stablemate Concert Tour, Life Is Good also shows three wins in three lifetime starts. The colt has wins in a maiden race, the Jan. 2nd Sham Stakes (G3), and the March 6th San Felipe Stakes (G2). In fact, the career path of Life Is Good is remarkably similar to that of Authentic, sent out to victory in the Derby by Baffert a year ago.

Three-year-olds stabled in Southern California during the winter have won six of the past nine runnings of the Kentucky Derby. Baffert conditioned three of them (American Pharoah, Justify, Authentic). American Pharoah and Justify both won the Triple Crown.

“Life Is Good seems the pick,” Maryland Jockey Club TV host Naomi Tukker said. “But he hasn’t encountered that much trouble in his career, so one could argue he hasn’t gone through the ring of fire just yet.”

Image credits: “Kentucky Derby” by KentuckyDerby is licensed under CC BY 3.0

Expires: 34D 03H 36M
New customers only, bet up to £20 on the Exchange and if your first bet loses, we’ll refund you £20 in Cash. Bet must be placed in first 7 days of account opening. T&Cs apply. Payment restrictions apply. T&Cs apply 18+ONLY |BeGambleAware/ Bet Responsibly. This is an advertisement.