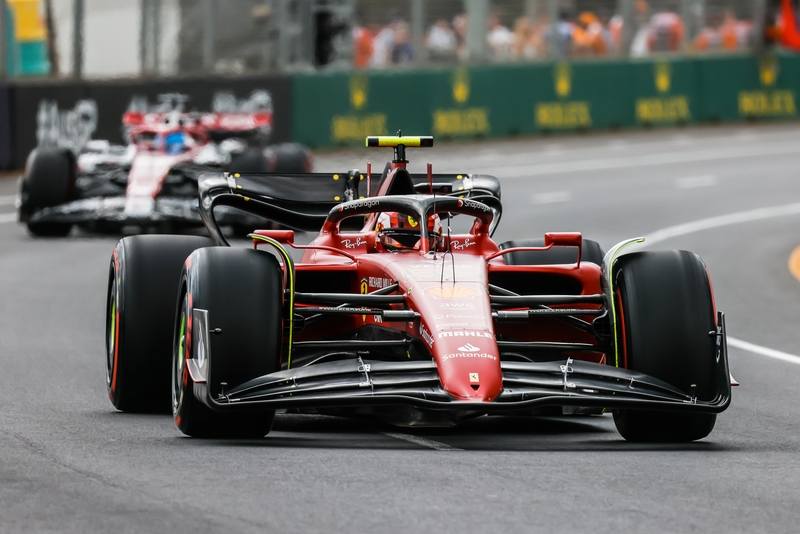 This weekend’s Emilia Romagna Grand Prix will stage the first of this season’s three F1 Sprint races. Introduced in 2021, Sprint races were designed to be 100-kilometre dashes lasting between 25-30 minutes. The result determines the grid for the weekend’s main event – the Grand Prix on Sunday.

However, this year, the points system has been changed. The top eight drivers now score points. It was previously only the top three finishers that added points to their World Drivers Championship points haul.

This should make Saturday Sprint races more competitive. They are far more lucrative with 36 points on offer. The winner will receive eight points, the second earns seven, the third sixth, all the way down to a single point for eighth.

In another change, the driver who sets the fastest time in qualifying – which on Sprint weekends will take place on Friday – will be attributed ‘pole position’. Last year, it was the driver who won the Sprint who earned that accolade.

Qualifying, staged on a Friday during the three Sprint race weekends, will continue to determine the grid for Saturday’s F1 Sprint, with the result of the Sprint forming the complete line-up for the start of Sunday’s Grand Prix.

Will Any Driver Earn all 34 Points?

In total 108 points will be available on three Sprint race weekends this season – as the leading driver has the potential to collect up to 34 points during a sprint weekend – eight points for the sprint victory, 25 for Grand Prix victory and one for fastest lap.

It should make for more drama in the run-up to lights out on Sunday race day. It certainly allows for potentially big swings in the overall point standings.

The Austrian (July 9) and Sao Paulo (November 12) Grand Prix are the other race weekends that will feature sprint races in 2022. In 2021 Silverstone, Monza and Sao Paulo were the three tracks that hosted Sprints.

The Sprint race at Sao Paulo – also known as the Brazilian Grand Prix or simply ‘Interlagos’ – proved its weight in gold to Lewis Hamilton last season. The Brit received a five-place grid penalty for taking a new engine at the start of the weekend and then had to start Saturday’s sprint qualifying from 20th and last, after the Mercedes team was found to have breached the regulations on their Drag Reduction System.

But Hamilton overtook 15 cars in the Sprint. He subsequently started the race in tenth (due to his grid penalty) and then won the race 24 hours later.