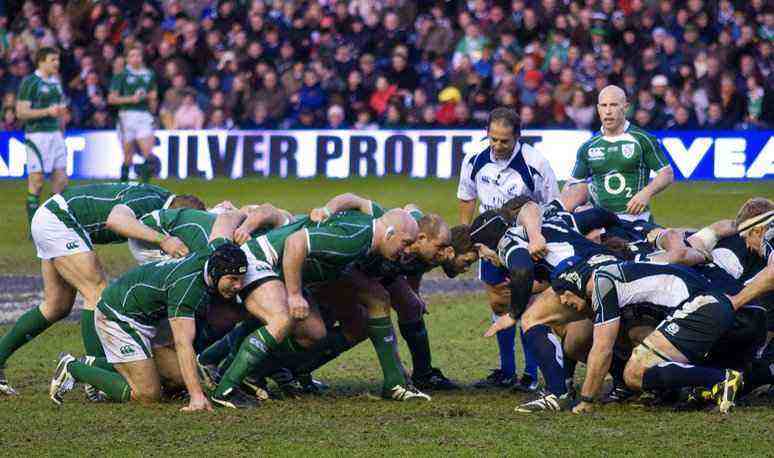 Ireland’s to lose, Farrell under spotlight and card chaos? Five talking points ahead of the Six Nationshttps://t.co/QCnEKEXKhS pic.twitter.com/mxdte5LtDH

IRELAND are very much the team to beat, having won 18 of their last 19 Tests, including 12 in a row at the Aviva Stadium. They are now widely regarded as a serious challenger to New Zealand as the best rugby team in the world.

In his six years in charge, head coach Joe Schmidt has led Ireland from eighth to second in the world rankings, while they have won 74% of their matches (46 of 62) during his tenure.  Their win rate in the professional era prior to his appointment was just 54%.

Another big plus factor for the Irish is that their players are centrally contracted to the union, not clubs, meaning time on the pitch can be carefully managed to keep international players fresh for the Tests. There is also now serious competition for places in the Irish ranks.

The biggest question mark over the Irish could be that Schmidt is set to retire after the Rugby World Cup later this year, following three Six Nations titles, a Grand Slam, two wins over New Zealand, a first Test victory in South Africa and first series triumph in Australia.  Schmidt is to be replaced by assistant coach Andy Farrell, but there is a possibility that the news could have an adverse effect on the players.

Who are the challengers?

England will expect a vast improvement on last year’s 5th place finish and there were definite signs that they were on the right track in the autumn internationals.  Their biggest concern could be that they face away trips to Dublin and Cardiff, so if they are going to win the Six Nations this year they are certainly going to have to do it the hard way.

Wales are also very much a form team, having won their last nine internationals. Warren Gatland is another coach who will be retiring after the World Cup, so he’ll be looking to go out with a Six Nations title. Like the Irish, Wales also boast plenty of strength in depth these days. With games against Ireland and England at the Principality Stadium, Wales have to be considered as serious contenders.

Scotland can be a major force on their home turf, but they aren’t always the best travellers and they lack consistency.

France are a team in transition and a first defeat by Fiji in the autumn internationals doesn’t bode well. Italy hasn’t won a Six Nations game since 2015, which equates to 17 straight defeats. They’ve now slipped to 15th in the world rankings and could really do with a win to try and justify their continued inclusion in the tournament.

Ireland are the favourites to win the Six Nations Championship at 5/6 with Paddy Power, while England are next best at 4/1 with Coral. The next teams in the 2019 Rugby Six Nations betting odds are:

The depth of their squad and the concentration on key aspects in terms of preparation makes Ireland the pick.

In terms of Grand Slam betting, the big three in the betting are Ireland at 23/10 with Betfair, England at 12/1 with Coral and Wales at 12/1 with bet365*.  There being No Grand Slam winner is a 4/5 chance with William Hill.

Expires: 42D 04H 40M
New customers only, bet up to £20 on the Exchange and if your first bet loses, we’ll refund you £20 in Cash. Bet must be placed in first 7 days of account opening. T&Cs apply. Payment restrictions apply. T&Cs apply 18+ONLY |BeGambleAware/ Bet Responsibly. This is an advertisement.