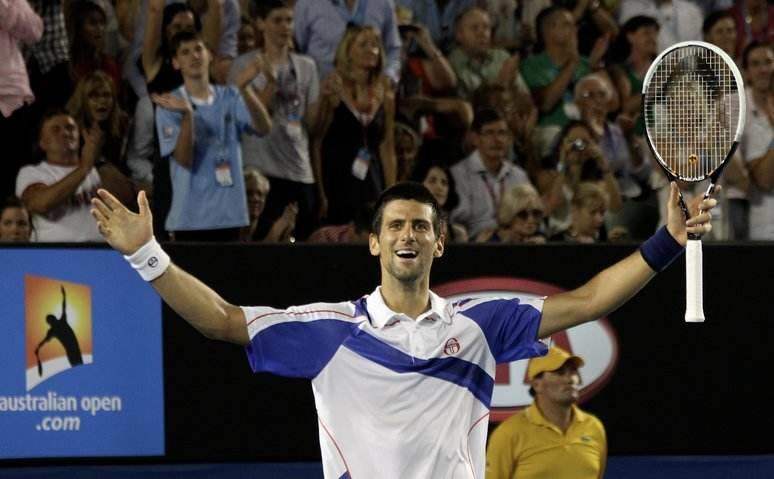 Rejuvenated Novak Djokovic the man to beat at Australian Open 2019

The 2019 Australian Open is the first Grand Slam event of the 2019 tennis season and takes place at Melbourne Park, from 14th to 27th January 2019.  Below is our tennis betting preview and Australian Open 2019 betting tips and predictions…

One factor to take into account going into this year’s tournament is that this will be the first Australian Open to feature final set tie-breaks.  When the match reaches 6-6 in the final set, the first player to score 10 points and be leading by at least 2 points wins the match. So no more marathon matches.

With age and injury finally starting to take its toll on the established order in the men’s game, 2019 could well be the year when we finally see a change in the form of some younger players claiming a Grand Slam title or two.

Indeed, only Novak Djokovic (5/4 with bet365*) and Roger Federer (11/2 with Betway) among the golden generation look capable of going all the way this year, with Rafael Nadal (8/1 with Paddy Power) having withdrawn from nine of his last 13 tournaments and Andy Murray (40/1 with Betfair) having had relatively little action over the past year following hip surgery.

“No doubt about it. I think he’s the favourite.” pic.twitter.com/WuSJ1grrM1

Changing of the old guard?

Roger Federer won his sixth Australian title last year, but Djokovic also has half-a-dozen titles to his name and was back to somewhere near his best over the latter half of 2018, with Grand Slam wins at Wimbledon and the US Open.

The main challenge from the younger generation is expected to come from Alexander Zverev (9/1 with Betway) who beat both Djokovic and Federer in winning the ATP Finals in November.  Zverev has yet to turn his undoubted potential into any meaningful run at a Grand Slam event, but this is surely the year that changes.

Other young talents that could be among the contenders in the latter stages include Stefanos Tsitsipas (50/1 with William Hill), Daniil Medvedev (80/1 with BetVictor) and the 19 year-old Australian Alex de Minaur (150/1 with BoyleSports).

Now back in good health and fully fit, Djokovic looks to be the man to beat. However, Zverev could be the first of the new generation to make the breakthrough and looks a good each way bet for our Australian Open 2019 betting tips.

The women’s Australian Open 2019 event looks even more difficult to predict. Defending champion Caroline Wozniacki (33/1 with 888sport) doesn’t look a great bet to retain her title, particularly given that she was diagnosed with rheumatoid arthritis prior to the US Open.

Serena Williams is a seven-time Australian champion so, despite her advancing years and giving birth recently, has to be considered a worthy Aussie Open betting favourite at 9/2 with Coral.

Among the other contenders, Angelique Kerber is 10/1 with William Hill, Simona Halep is 12/1 with Boylesports, Elina Svitolina is 14/1 with Coral, Sloane Stephens is 16/1 with BetVictor, Garbine Muguruza is 20/1 with Coral and Petra Kvitova is 30/1 with 888sport.

Serena Williams tends to her baby girl, no matter what …💖 pic.twitter.com/X7bLGHWfbK

If looking for a decent each-way bet, then the Belarusian Aryna Sabalenka (14/1 with Betfair) could be worth consideration after being named WTA Newcomer of the Year in 2018.

The 20-year-old was the only player to take a set off eventual US Open winner Naomi Osaka (a definite hope at 10-1 with BetVictor) last September and has already claimed wins over Caroline Wozniacki, Petra Kvitova and Garbine Muguruza.

The first WTA champion of 2019 is Aryna #Sabalenka

Expires: 359D 12H 25M
New customers only, bet up to £20 on the Exchange and if your first bet loses, we’ll refund you £20 in Cash. Bet must be placed in first 7 days of account opening. T&Cs apply. Payment restrictions apply. Full T&Cs apply 18+ONLY /BeGambleAware

Expires: 519D 07H 25M
New customers only, bet up to £20 on the Exchange and if your first bet loses, we’ll refund you £20 in Cash. Bet must be placed in first 7 days of account opening. T&Cs apply. Payment restrictions apply. T&Cs apply 18+ONLY |BeGambleAware

With the UFC once again staging events and it must be said, a highly exciting trio over the past couple of weeks, Dana White...