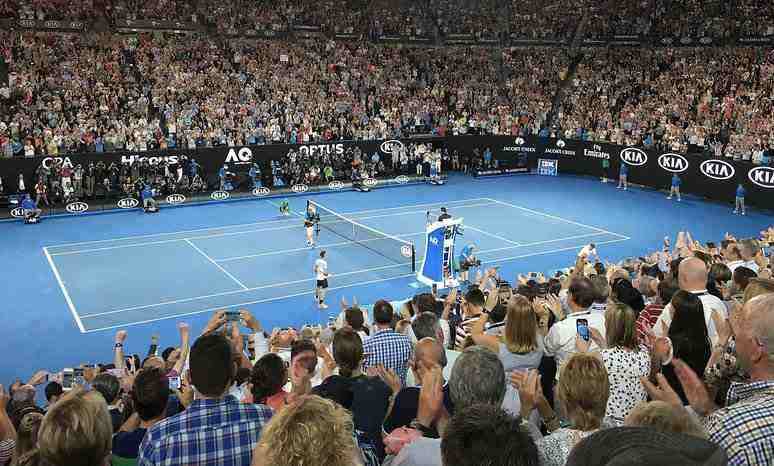 Novak Djokovic and Simona Halep worth following at Australian Open 2020

The Australian Open 2020 is scheduled to take place between January 20th and February 2nd at Melbourne Park, although issues with bushfires, smoke and air quality could yet lead to changes to the schedule.

Read on for our Australian Open 2020 predictions below…

The men’s singles event sees defending champion Novak Djokovic the 6/5 favourite to successfully defend his title and claim what would be an astonishing eighth Australian Open title.

The familiar trio of Rafa Nadal, Novak Djokovic and Roger Federer — boasting 55 grand slam titles between them — lead the men’s draw, with Djokovic arguably the favorite given his unmatched record in Melbourne. https://t.co/W9XiIHGrJT

Rafael Nadal is expected to be Djokovic’s main challenger, but the champion has already beaten his long-time rival this year when representing Serbia against Spain in the final of the inaugural ATP Cup. Djokovic won 6-2 7-6 (7-4) just a week prior to the start of the season’s opening Grand Slam event.

Djokovic is a 6/5 bet with Coral for the title, with Nadal at 9/2 with Betfair. The 38 year-old Swiss legend Roger Federer has drifted out to 11/1 with Coral, with Russia’s Daniil Medvedev the 8/1 third favourite on the back of his appearance at the US Open 2019 final, where he took Nadal to five sets.

Stefanos Tsitsipas is another of the younger generation who is a potential threat at 16/1 with 888Sport.

The women’s singles looks far more open, with upwards of 20 players probably going into the tournament believing they have a realistic chance of winning it.

The 38 year-old Serena Williams is the favourite and she did win her first tournament as a mother just a couple of weeks back. Williams, a seven-time Australian Open champion, is 17/4 with 888Sport, with top seed and the big Australian hope Ashleigh Barty at 8/1 with bet365*, alongside defending champion Naomi Osaka at the same odds with BetVictor.

Petra Kvitova was a beaten finalist last year and at 22/1 with 888Sport, she could also provide some each-way betting value.

Elina Svitolina is another consistent performer who will have her backers at 28/1 with BoyleSports.

* Australian Open betting odds correct at the time of writing

Expires: 3004D 08H 21M
New customers only, bet up to £20 on the Exchange and if your first bet loses, we’ll refund you £20 in Cash. Bet must be placed in first 7 days of account opening. T&Cs apply. Payment restrictions apply. T&Cs apply 18+ONLY |BeGambleAware/ Bet Responsibly. This is an advertisement.