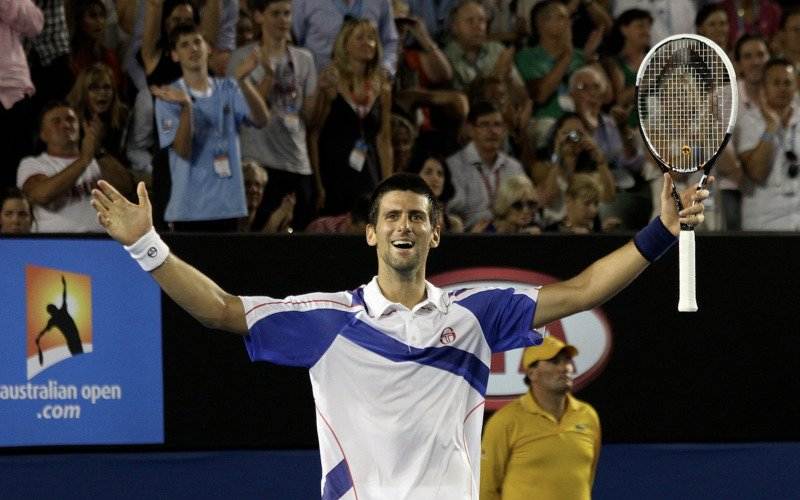 Here’s our preview and Australian Open 2021 betting tips for the first Grand Slam event of 2021.

The Australian Open 2021 is scheduled to take place at Melbourne Park between 08 and 21 February 2021.

It was originally scheduled to take place from 18–31 January 2021, but was postponed by three weeks due to the Covid-19 pandemic.

Quarantine restrictions in Australia mean that players have to complete two weeks in the country before the warm-up events start on 31 January. As a consequence, qualifying matches for the tournament were held outside the country for the first time in Grand Slam history.

Some players have withdrawn from the tournament, either due to injury or Covid-related issues, including Roger Federer, Any Murray, Cristian Garin and John Isner in the Men’s Singles and Kiki Bertens, Madison Keys, Dayana Yastremska and Amanda Anisimova in the Women’s event.

Who are the defending champions?

The defending champion in Men’s Singles is Novak Djokovic, while Sofia Kenin is the current title holder in the Women’s Singles.

With so much uncertainty and very little in the way of competitive tennis taking place in the weeks prior to the Australian Open, predictions have to be largely based on last season and historical records.

Unsurprisingly, eight-time Australian Open champion Novak Djokovic is the clear bookies favourite for the Men’s title at 11/8 with Betfair.

Unlike most tournaments over the past decade and a half though, it’s not Federer and Rafael Nadal who make up the three leading contenders in the betting odds, with Dominic Thiem and Daniil Medvedev both on offer at 5/1 with bet365* and William Hill respectively. Next up is the 2009 Australian Open champion Nadal at 11/2 with Betfair.

Novak Djokovic is given boost by fans with a Serbian dance outside his hotel balcony in Adelaide as he quarantines pic.twitter.com/3AUlnSVaeF

Thiem could be the main challenger to Djokovic after an excellent 2020 in which he won the US Open (his first Grand Slam title) and finished runner-up in Australia (losing to Djokovic in five sets).

After the four leading contenders with the bookmakers, we have Stefanos Tsitsipas and Alexander Zverev at 16/1 and 18/1 respectively with BetVictor. It’s then Andrey Rublev at 25/1 with 888sport and Australian bad boy Nik Kyrgios at 28/1 with William Hill.

It’s difficult not to fancy Djokovic for the title given his fantastic record at the tournament, although last season did seem to finally mark a long overdue shift in the balance of power towards the next generation. On that basis, Dominic Thiem might represent some each-way value, while Alexander Zverev could also be worth an each way Australian Open 2021 bet at decent odds.

Zverev was a semi-finalist in Melbourne a year ago and went on to reach the final at the US Open. If 2020 was the year in which the German finally started to fulfill his potential as a major contender at Grand Slam events, then 2021 might just be the year when he takes the next step and actually claims one of the big four titles.

As is invariably the case at Grand Slam events over recent years, the women’s title looks wide open. There is a fairly clear favourite in the betting, with Naomi Osaka leading the way at 11/2 with Betway.

Next up is Aryna Sabalenka, winner of the recent Abu Dhabi Open, at 9/1 with Betfair and the No. 1 seed, Australia’s own Ashleigh Barty at 10/1 with bet365*. Simona Halep is also a 10/1 shot with William Hill.

For those that favour experience, there is none with a better record than Serena Williams. With 23 Grand Slam titles, including seven Australian crowns, Williams can’t be easily dismissed. However, she is now 39 years old and she last won a Grand Slam tournament four years ago at the Australian Open. She can be backed at 12/1 with Betfair this year.

Next in the Women’s Australian Open betting market are:

In a highly concentrated market, among the bigger prices we have Karolina Pliskova at 22/1 with BoyleSports, Elina Svitolina at 25/1 with William Hill, Jennifer Brady at 33/1 with bet365* and Elena Rybakina at 33/1 with Betfair.

With so many doubts as to how well prepared many of the players will be, it might pay to stick with the home-based Ashleigh Barty on this occasion, in the belief that she will at least have had less disruption than her peers. Barty was also a semi-finalist at the event last year.

Kvitova could also be worth an each-way interest, having been a finalist in Australia in 2019 and a quarter-finalist last year. She was also a semi-finalist at last year’s French Open, so has some good form behind her.

* Australian Open 2020 betting odds were correct at the time of writing. All tennis odds are subject to fluctuation