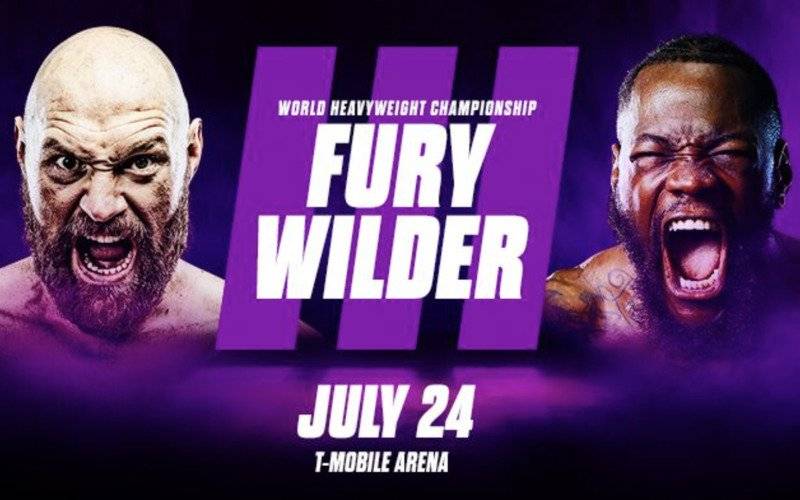 A trilogy heavyweight fight between Tyson “The Gypsy King” Fury (30-0-1) and Deontay “The Bronze Bomber” Wilder (42-1-1) is scheduled to take place on Saturday 24 July in front of a sold-out crowd at the T-Mobile Arena in Paradise, Nevada. Here’s our Fury vs Wilder 3 prediction and betting odds…

Method of Victory – Tyson Fury to Win by KO, TKO or Disqualification at 1/1 with bet365*

This fight has been arranged at relatively short notice, after Fury’s scheduled bout against Anthony Joshua to decide who would become the undisputed Heavyweight Champion of the World was cancelled after an arbitrator decided that Fury was legally obligated to fight Wilder for a third time to decide who claims the WBC belt.

So, it’s the WBC heavyweight title that Fury won from Wilder back in February 2020 at the MGM Grand Garden Arena that’s on the line here, in addition to what is now an intense rivalry and a possible unification fight with Joshua.

The Fight Result betting sees Fury at 1/3 with William Hill, with Wilder at 5/2 with Betfair and the Draw available at 25/1 with 888sport.

A more attractive bet for potential backers of Fury could be in the ‘Method of Victory’ betting market, where you can get 1/1 on him to win by KO, TKO or Disqualification with bet365*. You could also back Wilder in the same market at odds of 10/3 with bet365*.

The pair first fought back in December 2018, with Fury having largely out-boxed Wilder, but having had to twice pick himself up off the canvas. The judges controversially went with a split draw.

In their second bout, “The Gypsy King” dominated throughout and put Wilder on the floor several times. This will be the first time back in the ring for both boxers since that epic bout.

That beating he took in that fight could prove to be mentally damaging to Wilder, with Fury likely to adopt the same tactics of stalking “The Bronze Bomber” to try to close the space, get in Wilder’s face and use his height and weight advantage to .drain the energy from his opponent in the clinches.

Fury is also the better in terms of overall boxing skills and the more athletic of the two boxers.

Who will win Fury vs Wilder 3?

Wilder comes into the fight under a new untested trainer in Malik Scott (with whom Fury previously sparred) and has been training at home, rather than at a recognised gym. Although not necessarily negative factors, neither of those decisions do a great deal to sway opinion towards Wilder.

In his favour, Wilder’s record of 41 KOs in 42 wins speaks for itself and he will always have a “puncher’s chance” whoever the opponent. The problem with that is that Wilder wasn’t able to put Fury away in two previous fights and it’s difficult to envisage him winning in any other way.

* Fury vs Wilder 3 odds correct at the time of writing. All betting odds are subject to change.

Expires: 42D 05H 54M
New customers only, bet up to £20 on the Exchange and if your first bet loses, we’ll refund you £20 in Cash. Bet must be placed in first 7 days of account opening. T&Cs apply. Payment restrictions apply. T&Cs apply 18+ONLY |BeGambleAware/ Bet Responsibly. This is an advertisement.