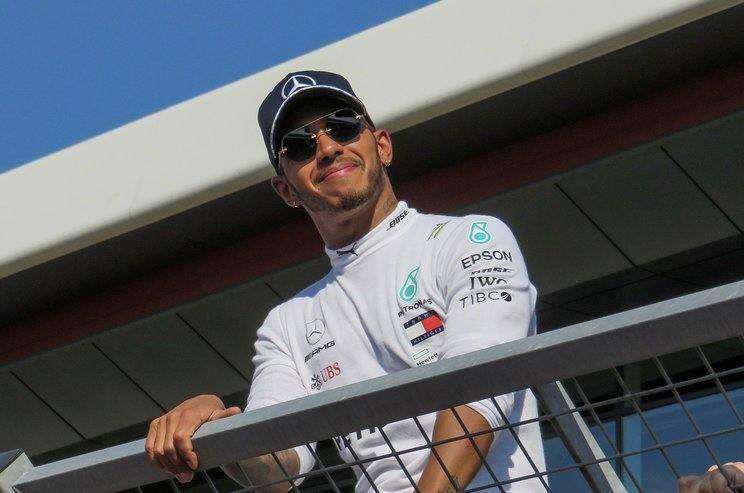 The longest running race in Grand Prix history and quite frankly the best, Formula 1 returns home, to Silverstone, this weekend. It could see Lewis Hamilton become the most successful British Grand Prix driver of all time. He has already won this contest 5 times but a sixth victory would push him ahead of fellow five-time winners Alain Prost and Jim Clark. 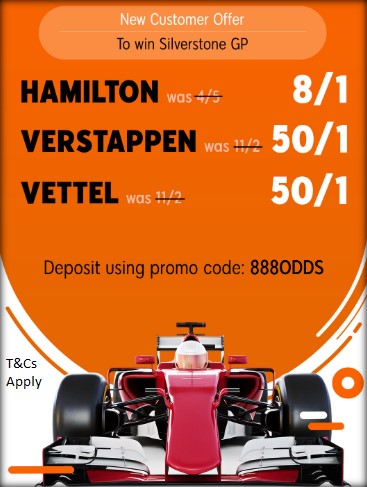 New customers only • £10 minimum deposit using promo code “888ODDS” required • Qualifying bet must be placed at the normal odds • max bet £5 • Extra winnings paid in FREE BETS and added within 72 hrs of qualifying bet settlement • Free bet stakes not included in bet returns • Free bets expire 7 days after credit • This offer may not be combined with any other offer • Deposit balance is available for withdrawal at any time • General deposit method,withdrawal restrictions & Full T&C’s apply

In finishing fifth in Austria last time Lewis Hamilton missed a podium position for only the second time in 21 races. But soaring temperatures can be blamed for the under-performance of his car there and the one thing Silverstone never provides, is temperatures in the 30’s.

Six wins and two seconds from the nine races of 2019 underline his class and the superiority of his car and try as we might, we can find no good reason for his outstanding season not to get even better this Sunday.

Lewis weekend can start with a ‘win’ on Friday

Formula 1 weekend starts on a Fridays with two practice sessions which will enjoy healthy numbers of spectators in Silverstone.  Lewis is sure to be keen to impress his fans from the outset and the Englishman has gone fastest in five of this season’s eight Practice 1 sessions (Baku cancelled theirs).

He’s on a ‘winning’ sequence of four in this sphere so it’s clear he likes to set the bar high from the outset with the inference on high speed runs and qualifying simulations before working on other aspects of performance (such as race pace) in the next two practice sessions.

You can back Lewis Hamilton to top Friday morning’s practice times sheets at ?/? – it is something he did here 12 months ago and it looks a cracking price.

This season racing has been almost trouble free and we have seen extraordinarily high finishing numbers throughout the year.  The safety car has only been called into action three times so statistically you could argue it is twice as likely to not be needed on Sunday as needed.

However, weather forecasts are not dispelling the prospect of a shower on race day and this race has needed safety car intervention in each of the last six years. That makes the current prices – bet365* go 6/4 about it not being used, 1/2 about it being called into action – hard to gen enthusiastic.

A far better British Grand Prix bet is the same bet365* offer of 6/5 about 17.5+ finishers.  That F1 bet would have been a winner four times since the Silverstone circuit introduced a new configuration in 2010 and seven times from nine races during the 2019 season.