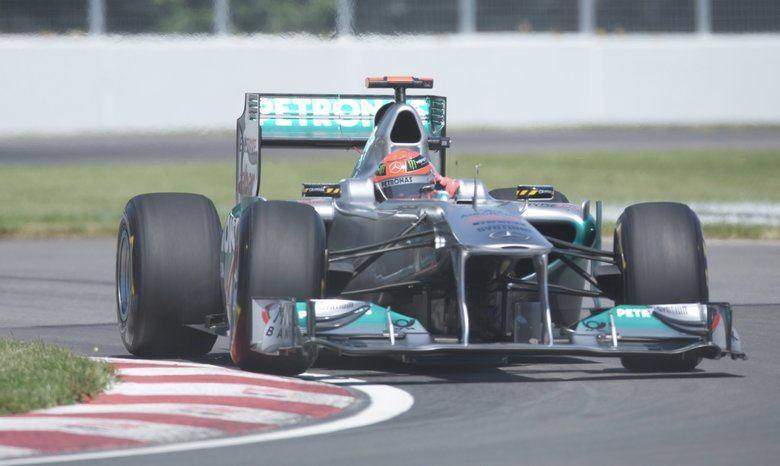 The 2019 Canadian Grand Prix will be the seventh race of the current season meaning the roadshow will be exactly a third of the way through a nine-month long campaign. It is Lewis Hamilton which leads the World Drivers Championship standings, his four race wins and two seconds have seen him amass 137 championship points.

“Surely the first of many for Lewis Hamilton!”

Hamilton sealed his first F1 victory at the 2007 #CanadianGP

He’s looking for win number 78 this weekend in Montreal…

The Canadian Grand Prix has given us some exciting spectacles. In 2011it played host to one of the all-time classics when Jenson Button charged from last to first in 30 laps – holding every race position in the process.  He wrestled the lead from Sebastian Vettel when the chequered flag was in sight.

Statistically the Circuit Gilles Villeneuve is responsible for more ‘safety car’ usage than most circuits, it has been called to action in ten of the last 17 Canadian Grand Prix.  But the best form is the most recent and in contrast to the 2000’s when this circuit was a renowned car wrecker – its long straights and tight bends accounting for engines and brakes and its barrier lining proving unforgiving – resulting in very low finishing figures, this decade has seen ever increasing numbers of drivers being classified as finishers.

It’s not just reliability that has improved.  Six of the previous ten race winners began this race from pole position, including five of the last six.  Unlike the past, this has become a front-markers track.

Lewis to be King again? – There is no reason to think Lewis Hamilton will do anything other than qualify first or second and win this race.  He’s been in exceptional form around all sorts of tracks – the fast ones like this through to the pedestrian Monaco.

Justifiably the British driver is 6/5 to win the race, which would be his 78th victory.  Given the superiority of his car, his course record of six previous wins, an overall win ratio which is in excess of fifty-percent since the new-spec 1.6 V6 hybrid cars were introduced in 2014, it looks a great price.  If you need anything more to boost your confidence in him, it’s mooted his team will introduce a new-spec engine at this race.

Making a point with the fastest lap F1 betting

The ‘Fastest Lap’ F1 betting market is another ‘Lewis’ play to consider. The distinction carries an additional World Championship point in 2019 (providing it is recorded by a car that finishes in the top-10), two Mercedes, two Red Bulls and two Ferraris have claimed the added point to date.

I was initially siding with Pierre Gasly in this market. On paper the Red Bulls look set for fifth and sixth at this ‘speed circuit’ and there is every chance we will have an identical scenario to Monaco where Pierre Gasly was detached from the Mercedes, the remaining Ferrari and his teammate but well clear of the cars behind him. It enabled the Frenchman to pit for fresh tyres close to the race’ conclusion in order to claim the fastest lap whilst in no fear of losing his position in the race.

But the price is short and things may not be so simple and those big gaps may not appear. If they don’t Lewis Hamilton may relent from his speciality of controlling a race from the front and floor his car for a lap to claim the extra championship point – just like he did in Spain a month ago.

For the second consecutive year the Monaco GP gave us a remarkable 19 finishers. The walls did not get in the way and we were reminded of how reliable 2019 spec Formula 1 cars are.

There were also 19 finishers in Bahrain, 18 in Spain and China. 17-17-19 and 17 have been the Canadian finishing numbers here since 2015 and with errant pilots in limited supply, I’m opting for 16.5+ drivers to be classified as finishers at 8/13 with William Hill.