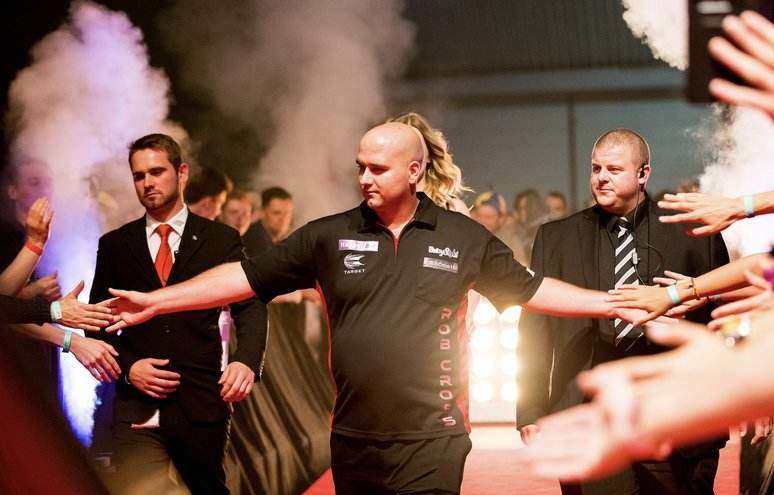 THERE ARE TWO GREAT PREMIER LEAGUE DARTS BETS ON THURSDAY night when the SKY Sports televised coverage comes from Cardiff. Of course there are four darts matches albeit two of them offer limited betting latitude. Look below for our Cardiff Premier League Darts tips…

The first of those live Premier League Darts matches is Mensur Suljovic vs Daryl Gurney.

Both darts players have earned 12 Premier League Darts points apiece but both are also hard players to make a predictions on. Most certainly if Gurney could be trusted to repeat his form of last week, when he averaged 104 and recorded five 180’s, he would be hard to beat.

But it is a big ‘if’ and win odds of 5/4 (top-priced at Betway) are plenty short enough.  Instead the 8/11 about the Northern Irishman to record the game’s first 180 (something he does a lot) looks a better play.

PETER WRIGHT AND JAMES WADE have both been involved in three draws from their last six games and are looking quirky.

James Wade did land two Players Championship tournaments over the weekend though so maybe he will be able to win this match against Peter Wright who is not as formidable as he was 12 months ago.

But t looks like it is going to be close whoever prevails so ‘buy’ the total match legs at 6/5.

NOW, THOSE ‘GOOD THINGS’…  The first is in the Rob Cross vs Michael van Gerwen match.  Cross hit two ton-plus finishes last week, one was a 140. MVG has yet to better a 132 finish in the entire competition and his best finishes are way below all of his rivals.

It might be MVG’s playing style, but the overwhelming play, based on historical evidence, is for Cross to nail a higher checkout than the reigning World Champion.

*Listens to The Stone Roses once* pic.twitter.com/CD2EGercns

AND FINALLY… far away from the gaze of the TV cameras Michael Smith nailed a plethora of 180 scores in the two Players Championship competitions he played at the weekend.

Both Smith and Thursday’s opponent, Gerwyn Price, are averaging around 3.3 per-match throughout the league but on Sunday’s evidence Smith could easily post five of them and that makes the 10/11 with Coral about him claiming more ‘maximums’ than Gerwyn Price a very sound bet.

Any of my mates out there interested in 4 table tickets for the Premier league darts next Thursday at the Brum Arena?
£52 each Cost price as I can’t make it?#avfc

Expires: 9D 03H 43M
New customers only, bet up to £20 on the Exchange and if your first bet loses, we’ll refund you £20 in Cash. Bet must be placed in first 7 days of account opening. T&Cs apply. Payment restrictions apply. T&Cs apply 18+ONLY |BeGambleAware/ Bet Responsibly. This is an advertisement.