Back 2nd Half Goals in Chelsea v Paris Saint-Germain 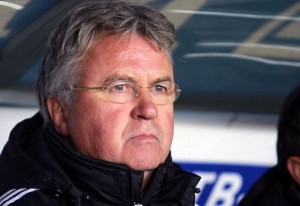 A 2-1 win for Paris Saint-Germain in the 1st leg leaves this tie very much in the balance, with the Ligue 1 champions elect having the lead, but Chelsea having a potentially precious away goal.

It’s perhaps no surprise that there isn’t much to choose between these two, with them having met each other in each of the last two seasons in the knock-out stage and each having once eliminated the other, both times on away goals.

Chelsea’s season has recovered from a disastrous opening half of the campaign and the defeat in Paris is now their only loss in 17 matches since parting company with Jose Mourinho in December. They’ve not always been particularly impressive, but they have become difficult to beat under Guus Hiddink.

Of course, they need to win here and that won’t be easy against a PSG team whose only defeats this season have been a narrow 1-0 loss to Real Madrid in the groups stage and a 2-1 Ligue 1 defeat at Lyon just over a week ago. However, they were held to a 0-0 draw at home to lowly Montpellier on Saturday, so it could be that Chelsea are meeting them at the right time.

This looks likely to be a game where the tension mounts gradually over the course of the 90-minutes, with most of the action taking place as the game becomes stretched late on.

Open to ALL customers!