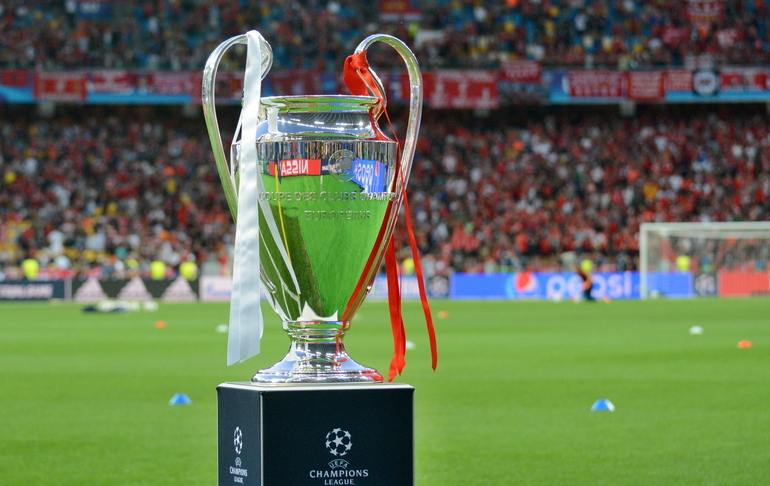 With the Champions League group stage draw having been concluded, the 32 clubs now know what they require to secure a place in the knockout stage of the competition. Here we take a look at the eight groups.

Group A is the obligatory “Group of Death”, featuring as it does the two favourites to win the Champions League in Paris Saint-Germain and Manchester City, plus a very capable RB Leipzig team who reached the semi-final two seasons ago and represent a potential threat to the big-spending duo.

PSG have signed a number of strong characters with a winning mentality over the summer and in Lionel Messi they added to an already exceptional forward line. Manchester City, by contrast, look a tad short up top this term.

Club Brugge are the fourth team in the group, but it would be a seismic shock were they to make it through the group stage in this company.

Group B looks a potentially closely fought affair, with all four teams capable of challenging for the last 16.
Atletico Madrid are probably the strongest team in Spain right now following the financial troubles at Barcelona and Real Madrid, but they have perhaps underperformed in Europe of late.

Liverpool has a largely settled team and will hope that last season’s troubles were a blip based on a lengthy injury crisis and will certainly expect to secure a place in the knockout stage.

AC Milan are in the Champions League for the first time since 2014, while Porto are perennial campaigners in the competition and gave Chelsea a run for their money in the quarter-finals last season.

Group C looks to be another potentially open group.

Borussia Dortmund and Ajax Amsterdam will be expected to secure the top two spots, but it is by no means guaranteed. Dortmund has great attacking quality at their disposal, but are not noted for their defensive fortitude and can be frustratingly inconsistent.

Ajax have, for once, kept the bulk of their squad from last season intact and have a highly-respected coach in Erik ten Haag.

Sporting Lisbon were surprise winners of the Portuguese title last term, but juggling domestic and Champions League duties might stretch them.

Besiktas could prove awkward opposition, but they look somewhat limited at this level.

An ageing Real Madrid squad might not be quite the force that they were, but the summer signings of David Alaba and Eduardo Camavinga look astute and it’s difficult to see past them to win Group D.

Inter claimed the Serie A title for the first time since 2010, but any joy was short-lived as coach Antonio Conte and key players Romelu Lukaku and Achraf Hakimi departed. Those brought in to replace them don’t look to be of the same calibre.

Shakhtar Donetsk beat Real Madrid home and away in the group stage last term and are definitely capable of pulling off a big result or two.

Sheriff Tiraspol are the first Moldovan team to reach the Champions League group stage, having beaten Teuta Durres, Alashkert, Crvena Zvezda and Dinamo Zagreb in the play-offs. They should be a little out of their depth here though.

It says something as to how far Barcelona have fallen, that Bayern Munich look a class apart in Group E. The Germans have a new coach in Julian Nagelsmann and with a quality squad at his disposal, they look assured of their customary place in the last 16.

With colossal debts forcing a summer fire-sale, including having to let Lionel Messi depart, this is the poorest Barcelona squad in living memory. There’s still quality in the ranks, but getting past the group stage will be seen as success.

That’s not a given though with Benfica and Dynamo Kyiv both having wily coaches in Jorge Jesus and Mircea Lucescu respectively.

Manchester United went out at the group stage last term and they’ve been handed another challenging draw this season. However, the summer additions of Cristiano Ronaldo, Jadon Sancho and Raphael Varane should see them safely through.

Villarreal beat the Red Devils to win the Europa League last season and Unai Emery has a formidable record in European club football, while Atalanta have established themselves in the upper echelons of Serie A and have impressed many with their football in Europe over the last few years.

Young Boys won the Swiss title by 31 points last season, but have since lost coach Gerardo Seoane to Bayer Leverkusen. Few will expect them to finish in the top two in this group.

Relive @Cristiano‘s dazzling #UCL final display in 2008 ahead of his @ManUtd homecoming 👊 pic.twitter.com/hu3OvDvKPS

Sevilla are seasoned European campaigners and look the pick in what is a relatively weak looking Group G.

Wolfsburg have spent invested heavily in new players over the summer and could be the Spaniards closest challengers.

As happens at the end of every season, RB Salzburg have lost key players to the major European leagues. They are likely to maintain their dominance domestically, but might fall short of a place in the last 16 in the Champions League.

Lille pulled off a major shock in claiming the Ligue 1 title ahead of PSG last term, but their financial predicament has led to the departure of coach Christophe Galtier and several leading players.

The defending champions Chelsea look even stronger with the addition of Romelu Lukaku and Saul Niguez, so will expect to come through the group stage unscathed.

Juventus may have lost the goals of Cristiano Ronaldo, but they should improve following the return of coach Massimiliano Allegri.

Zenit St. Petersburg won a third straight Russian league title under Sergei Semak and their experienced squad has the quality to be capable of challenging for a place in the knockout stage.

Malmo, coached by Jon Dahl Tomasson, have already had to overcome Riga, HJK, Rangers and Ludogorets to reach the group stage. They are unlikely to go any further though.