Below are our betting tips and predictions for the Championship clash 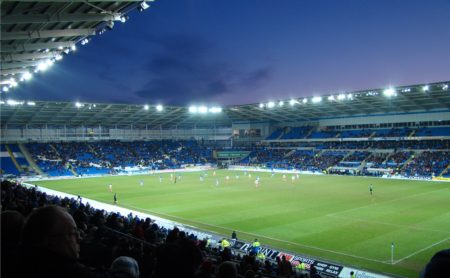 When the two sides met back in September at Deepdale, North End ran out 3-0 winners, with Josh Harrop, Sean Maguire and Alan Browne grabbing the goals.

Last season, both matches went to the side playing at home; North End won 3-0 at Deepdale with two first-half goals, and the Bluebirds won 2-0 at the Cardiff City Stadium.

Over 2.5 goals has happened in 50% of Cardiff’s home matches this season, and in 58% of Preston’s away matches.

Cardiff have only lost once at home all season, boasting the league’s second best home record, whilst Preston have won four of their 12 away matches and have drawn five.

Following the Boxing Day draw with Barnsley, there are doubts over Calum Woods and Paul Gallagher, who were both withdrawn with injuries. Skipper Tom Clarke missed the trip to Oakwell and will need to be assessed with Callum Robinson. Greg Cunningham, who returned to the bench against Paul Heckingbottom’s side, could make his his first start since August.

Preston North End travel to Wales in their final clash of the year, taking on third-placed Cardiff City. Neil Warnock’s side have been in impressive form throughout the year, however they’ve just slipped out of the automatic promotion places.

They’ve lost their last two games in the Championship, but they haven’t lost three in a row since September 2016; a run of four defeats that included one against Preston.

North End meanwhile are sitting in 9th place, just four points outside of the playoff zone. They’re currently unbeaten in their last eight Championship games (W4 D4), while only table-topping Wolves are currently on a longer run without defeat. For that reason, this promises to be a tight affair between two decent sides.

This tie normally goes in favour of the team playing at home; the home side has won in eight of the last 11 head-to-heads and in the three most recent.

City’s impressive home form probably just gives them the edge in this clash too, with the Bluebirds making the Cardiff City Stadium into something of a fortress this season. Back a home win at 11/10 with Betfred.

Traditionally, a win to nil is a common occurrence in this fixture; it’s happened in nine of the last 11 head-to-heads. Cardiff have only conceded nine goals at home all season; the league’s second best record. North End meanwhile have only managed 14 goals away from home; less than any other side in the top half of the table, barring Friday night’s opponents.

You can bet the home side to win and keep a clean sheet at 9/4 with Paddy Power.