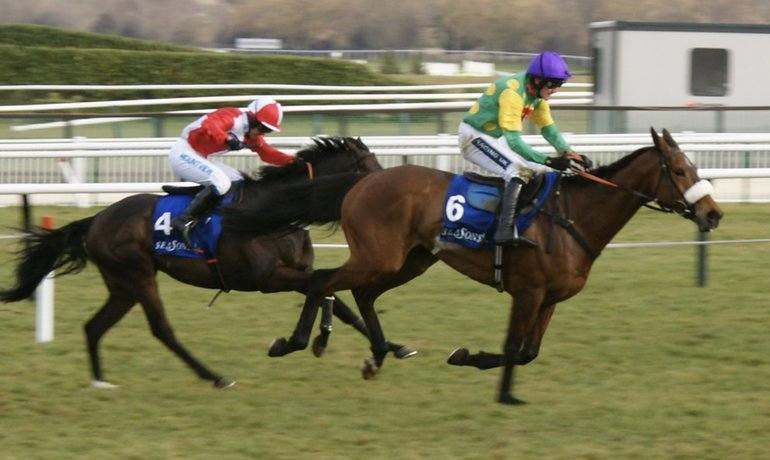 Below are Cheltenham Day 1 betting tips for all 7 races of the opening day of the Cheltenham Festival starting with the curtain raiser at 1.20pm. This is when we would normally hear that famous ‘Cheltenham Roar’ but sadly there will be no racegoers present this year.

Cheltenham Festival Day 1 – Did You Know…

What is the 'Cheltenham Roar' ?

This has now become a tradition at the start of the festival opening race, the Supreme Novices’ Hurdle. When the tapes go up for the first race of the meeting the loud cheering and noise from the crowd is known as the 'Cheltenham Roar'. Sadly this will be missing in 2021 as there will be no crowd present.

What horse was the last Supreme Novice Hurdle winner not aged 5 or 6?

The last 12 winners of the Supreme Novices’ Hurdle have been aged either 5 or 6. Captain Cee Bee who won the race in 2008 aged seven at odds of 15/2 is the only recent winner outside this age group.

Why is the Arkle Chase so named?

The race is named after the Irish-trained horse called Arkle who recorded a highest ever Timeform rating for a steeplechaser.

What is the average Starting Price of the last 10 winners of the Ultima Handicap chase?

The average SP since 2011 is almost 11/1 and five winners started at single figure odds.

Why does it help being a female horse running in the Champion Hurdle?

Why does Annie Power get a Christmas card from bookies?

Her fall at the last hurdle in the Mares’ Hurdle in 2015 saved bookmakers a fortune on running up money.

Who is the only trainer to win the Juvenile Handicap hurdle and Melbourne Cup?

Joseph O’Brien trained Band Of Outlaws to win the festival race in 2019 and won the Melbourne Cup with Rekindling in 2017.

Why did Tony McCoy never win the National Hunt Chase?

Only amateur jockeys can ride in the race.

The Willie Mullins-trained Appreciate It was absolutely caned in the the ante-post Cheltenham betting market for this race after he took the Chanelle Pharma Novice Hurdle at the Dublin Festival. Odds of 11/4 were available beforehand but punters are looking at best odds of 7/4 with bet365*

Ballyadam made much more of a fist of challenging Appreciate It in the Chanelle Pharma race than he did at Christmas, and 9/1 with Betway looks quite attractive given his proximity to the strong market leader.

Shishkin is a best priced even money shot at bet365* to double his Cheltenham Festival tally in March, but a credible rival has now emerged in the shape of Energumene (11/4 at bet365*).

Willie Mullins’ seven-year-old breezed home in the Irish Arkle Novice Chase at Leopardstown and will certainly give the Nicky Henderson hotpot something to think about.

After his blistering win in the Henry VIII Novices’ Chase Allmankind (11/1 William Hill) put himself in the frame for a pop at this contest, while Franco De Port (22/1 William Hill) may have been 10 lengths inferior to Energumene at Leopardstown, Cheltenham is an altogether different track and he can finish closer on this occasion.

🗣 “It was just the fluency & the enthusiasm.”@DanBarberTF thinks the gap has narrowed considerably between Shishkin and Energumene following the latter’s stylish Grade One success in the Irish Arkle at the Dublin Racing Festival#TheFridayClub @ToteRacing pic.twitter.com/2x0iauPrXS

The McNeill family-owned Escaria Ten (10/1 with bet365*) has seen a few pounds/euros come for him in recent weeks and is now hovering around the 10/1 mark in the betting for the Ultima.

Nicky Henderson’s Dickie River (14/1 with bet365*) made an encouraging return to action at Newbury and is bound to be fully tuned up for this should he take the option, while Jeremy Scott’s bold front-runner Dashel Drasher (16/1 with bet365*) should give his backers plenty of entertainment.

After crushing a strong field in the Irish Champion Hurdle, the unbeaten Honeysuckle (13/8 with bet365*) looks likely to run in the Champion Hurdle now and is challenging another mare, last year’s winner Epatante (11/4 with bet365*), for favouritism.

Epatante blotted her copy book by putting in a very underwhelming performance behind Silver Streak (11/1 with bet365*) at Kempton on Boxing Day, but if she bounces back with some gusto, she is bound to have a ding-dong battle with Honeysuckle for the top honours.

Of the others, the Evan Williams-trained Silver Streak looks sure to knocking on the door once again.

18+ • New Customers • Qualifying bet must be placed at the normal odds • max bet £5 • Extra winnings paid in FREE BETS and added within 72 hrs of qualifying bet settlement • Free bet stakes not included in bet returns • Free bets expire 7 days after credit • This offer may not be combined with any other offer • Full T&C’s apply • Bet Responsibly • BeGambleAware.org • This is an advertisement

Dan Skelton admits the temptation of going for the Stayers’ Hurdle with Roksana (7/1 William Hill) may be too much to ignore but if they don’t, she will definitely be lining up in this race for which she is a general 11/2 chance in the Cheltenham 2021 betting odds.

Heading the ante-post betting market is the Willie Mullins-trained Concertista (6/4 at Betfair) who took the Mares Novices’ Hurdle (also known as The Dawn Run) at last year’s Festival. She also holds a Champion Hurdle entry but the likelihood of her running in it looks pretty slim and this will be her main target.

Saint Sam (10/1 with bet365*) shaped eye-catchingly for this race last time out and it appears one or two shrewdies also noticed that too as he’s right up there at the head of the ante-post betting now for this contest.

Paul Nicholls’ French import Hacker Des Places (16/1 with bet365*) has settled in nicely at Paul Nicholls’ Ditcheat stables and can be involved in the finish here.

The Tom Symonds-trained Hystery Bere performed well on his UK debut at Sandown and he will have come on leaps and bounds for the experience. Currently a 33/1 shot*, he looks far too big in the betting.

Second to Imperial Aura in last year’s Northern Trust at the Festival, Galvin (9/2 Betway) has had National Hunt Chase written all over him ever since. He’s gone on to win four races on the bounce since and this contest looks ideal for him. The seven-year-old is in unenviable form and he’s probably the one they all have to beat.

The Venetia Williams-trained Royal Pagaille is entered for this, the RSA (now Festival Novices’ Chase) and the Cheltenham Gold Cup. If you believe that connections will head down this route then 11/2 with William Hill looks like a cracking price.

* Any Cheltenham festival day 1 betting odds 2021 quoted were correct at the time of writing. All odds are subject to change.