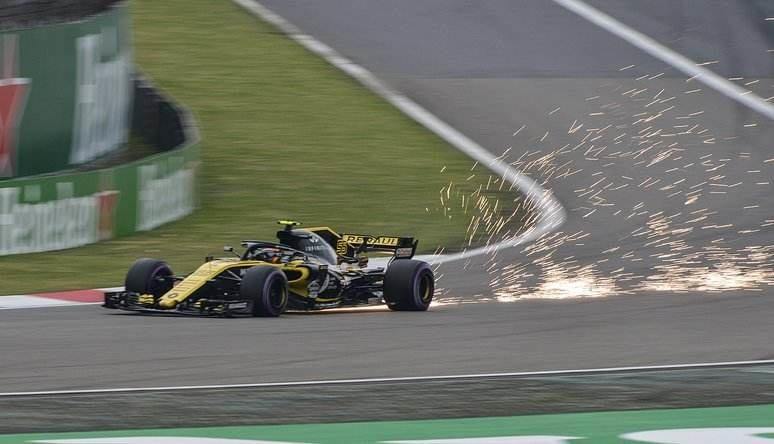 The race starts in Shanghai at 7.10am UK Time with Mercedes driver Valtteri Bottas starting for us in Pole Position. He is currently trading on the Betfair betting exchange at decimal odds of 2.60 (about 6/4) so can only be hopeful.

His teammate Lewis Hamilton starts alongside him on Position 2 with the two Ferrari’s of Sebastian Vettel and Charles Leclerc in 3rd and 4th. Good luck if you’re having a Formula One bet , don’t forget to set your alarm clocks!

Perfect team symmetry in the top 10 🙂🙂

That’s only happened once before in #F1 history 😮#ChineseGP 🇨🇳 #Race1000 pic.twitter.com/vYmGmmTJOf

Forget your favourites, play the historical data in Chinese GP

The Chinese Grand Prix is the third race on the 2019 F1 calendar as it was in 2018 and it has proven itself to be a wonderfully predictable contest – from a statistical viewpoint anyways.

That’s the headline bet out of the way. Next up the ‘pole starter to win the race’ which looks something of a good thing.

Safety car chaos cost last year’s pole-setter, Sebastian Vettel, the race win but before that and throughout the ‘hybrid era’ four pole setters converted the advantage into a race win. F1 odds of 4/6 about the race winner starting from pole (with bet365*, BetVictor and others) looks a safe albeit short priced bet.

The China F1 odds compilers have looked at recent data when assessing the chances of a Safety Car appearance and in making it 1/2 to be rolled-out I think they have got things very wrong.

Firstly the high finishing numbers here indicate major accidents and incidents are actually rare. Secondly it has been needed here just six times from 15 races (it’s never an odds-on shot on that ratio). At odds of 13/8 with William Hill about it staying in its garage, the Safety Car betting looks like a resounding NO to us.

Practice 1 a Prance for Ferrari

Only a Mercedes powered car or Ferrari has claimed pole position here since the Chinese GP race joined the F1 calendar which indicates this is a ‘power circuit’. Therein you cannot have the Red Bull drivers on your mind and with Ferrari flexing their muscles early on in Bahrain last time, the Prancing Horse (the popular name for Ferrari), could top the opening practice time sheets on Friday.

BetVictor are a standout 7/2 about Charles Leclerc going fastest in Practice 1, something he did last time in Bahrain and it is hard to see that price lasting.

Ferrari might be 39 points down on Mercedes, but their pace in Bahrain – before issues – showed a serious statement of intent…

* F1 odds correct at the time of writing