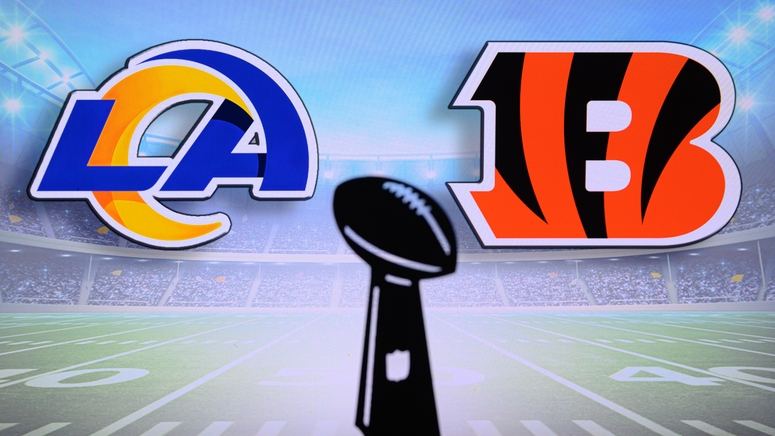 The fact that the game is being played in Inglewood immediately hands a significant advantage to the LA Rams, as they will be playing at their home stadium. The same advantage worked well for the Tampa Bay Buccaneers at Super Bowl LV last year, of course.

The Rams have only recorded one Super Bowl win in their history. That was back in 1999, when they beat the Tennessee Titans, 23-16. That team became known by the nickname, “The Greatest Show on Turf”, for their record-breaking offense.

Route to the Super Bowl

The Rams had their work cut out in seeing off the San Francisco 49ers in the NFC Championship game, eventually edging home 20-17, after trailing 17-7 going into the fourth quarter.

Cincinnati, who have never won the Vince Lombardi trophy, defeated the Kansas City Chiefs 27-24 in overtime to win their first AFC Conference Championship since 1989. It was a remarkable recovery from the Bengals, who were trailing 21-3 at one point in the second quarter. The winning score came from rookie kicker Evan McPherson, who hit a 31-yard field goal in overtime to see the Bengals home.

Few expected the Bengals to be in the frame for the Super Bowl when the season started (around 100/1 in the NFL Futures betting), with them having won just two games in 2019 and only four games last season. It’s been a remarkable transformation.

How the QB’s Measure Up

As is always the case at the Super Bowl, much of the focus will be on the two quarterbacks – Matthew Stafford for the Rams and Joe Burrow for the Bengals. In the regular season, Stafford threw 41 touchdowns for Los Angeles. That total was only bettered by legendary seven-time Super Bowl winner Tom Brady, with 43.

Joe Burrow threw for 4,611 yards and scored 34 touchdowns in the regular season. He’s averaged over 360 yards in the last five games and Cincinnati’s hopes of a first Super Bowl victory look to rest on the 25-year-old.

The big question for the Bengals is whether their offensive line can protect Burrow. In defensive tackle Aaron Donald, the Rams have a player who could potentially stop Burrow.

No matter what happens, @JoeyB is our Comeback Player of the Year. pic.twitter.com/zegjn2CVrR

The Super Bowl betting odds sees the Rams as warm favourites to win Super Bowl LVI at odds of 1/2 with William Hill. The Bengals can be backed at 7/4 with bet365*.

The Rams look to have the edge, but the Bengals have momentum and self-belief in abundance. They are certainly capable of keeping this tight.

Looking at the Total Points (Over/Under) odds lines, Over 48.5 is on offer at odds of 10/11 with William Hill, with Under 48.5 available at 10/11 with bet365*. With a number of playoff games this season having been closely fought affairs, it might pay to side with the Unders bet here.

Wide Receiver Cooper Kupp has had an outstanding regular season for Los Angeles, and has gone on to add four touchdowns in three play-off games. He’s odds of 11/2 with SpreadEx to be First Touchdown Scorer.

Most games with 100+ receiving yards in a season — including playoffs:

Expires: 3004D 07H 23M
New customers only, bet up to £20 on the Exchange and if your first bet loses, we’ll refund you £20 in Cash. Bet must be placed in first 7 days of account opening. T&Cs apply. Payment restrictions apply. T&Cs apply 18+ONLY |BeGambleAware/ Bet Responsibly. This is an advertisement.