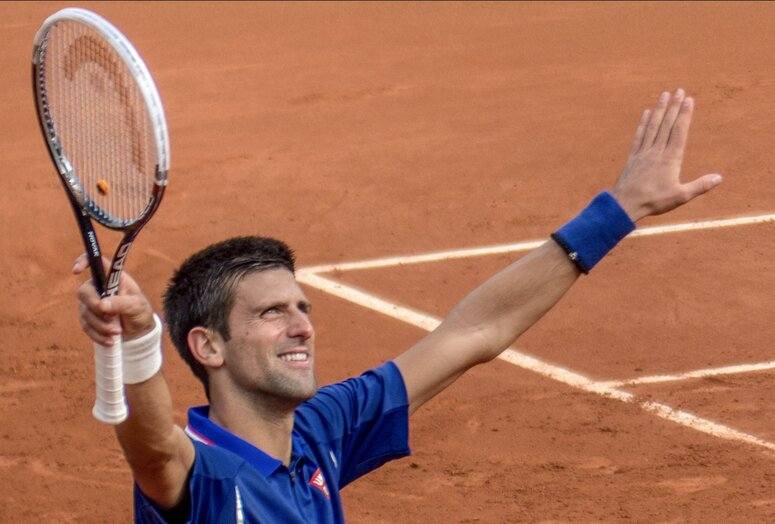 Novak Djokovic meets Stefanos Tsitsipas in the Men’s final of the French Open 2021 on Sunday. Here’s a betting preview with some selected Djokovic v Tsitsipas odds picks and predictions…

It all comes down to this. #RolandGarros pic.twitter.com/Mm1ijaynFj

The 34-year-old Djokovic booked his place in the final with an extraordinary 3-6 6-3 7-6 (7-4) 6-2 win against Rafael Nadal in Friday’s semi-final, during which he lost the opening five games.

It’s already being ranked among the all-time great matches on the Roland Garros clay.

To put Djokovic’s achievement into perspective, Nadal was looking to claim a record-extending 14th French Open title, and lost at Roland Garros for only the third time in 108 matches.

The 22-year-old, fifth seed Tsitsipas secured his first appearance in a Grand Slam final as he held off Alexander Zverev’s fightback to win 6-3 6-3 4-6 4-6 6-3 in a tense match that ran for three hours and 37 minutes.

Tsitsipas had lost all three of his previous Grand Slam semi-finals and required five match points to finally get past Zverev.

Tsitsipas has already won the season-ending ATP Finals and Masters titles in his career, so he can definitely compete with and beat the very best. Clay is his preferred surface, with his ability to dominate from the baseline being key.

Perhaps surprisingly, both of Tsitsipas’s victories over Djokovic have been on hard courts, with the world no. 1 winning all three encounters on clay.

Djokovic showed great resilience in rallying from a set down to dethrone the “King of Clay” in the semi-final and there will be obvious doubts as to how much that took out of him both physically and mentally, and as to whether he can again raise his game in the final. History suggests that Djokovic rise to the occasion.

Tsitsipas looked understandably nervous against Zverev once he was within touching distance of a first Grand Slam final. Djokovic isn’t likely to let him off the hook if he shows any nerves in the final.

The Match Result betting to win the Men’s French Open 2021 title sees Novak Djokovic at 1/3 with Betfair, with Stefanos Tsitsipas on offer at betting odds of 11/4 with William Hill.

In the Set Betting market, Djokovic to win 3-1 can be backed at 29/10 with William Hill.

On the Games Handicap, Novak Djokovic -5.5 is 10/11 with Betway, meaning Djokovic would need to win at least six games more than Tsitsipas in the match for the bet to prevail.

In Total Sets betting, 4 sets looks a reasonable shout at 9/5 with SpreadEx.

* Djokovic vs Tsitsipas betting odds correct at the time of writing. All odds subject to change.

Expires: 3004D 07H 48M
New customers only, bet up to £20 on the Exchange and if your first bet loses, we’ll refund you £20 in Cash. Bet must be placed in first 7 days of account opening. T&Cs apply. Payment restrictions apply. T&Cs apply 18+ONLY |BeGambleAware/ Bet Responsibly. This is an advertisement.