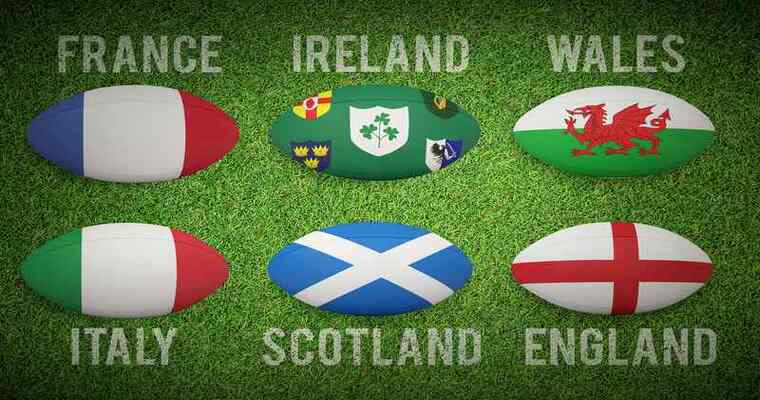 The 2022 Six Nations gets underway with defending champions Wales facing a tough trip to face Ireland at the Aviva Stadium in Dublin on Saturday 5th February.

In what looks to be a very open championship, France lead the Six Nations 2022 betting odds market as favourites for what would be a first title since 2010 at odds of 6/4 (2.50) with Betfair Sportsbook.

France, the host nation for the 2023 World Cup, finished as runners-up to Wales in the 2021 Six Nations. They will believe that they should have secured the title last year, but blew their chances with a surprise 23-27 defeat at home to Scotland in their rescheduled Round 5 fixture.

Les Bleus possess a hugely talented team, led by Antoine Dupont. Fabien Galthie’s men also have the benefit of starting off at home to perennial whipping boys Italy and finish off with a potential championship decider on home soil against England.

England can be backed at 3/1 with William Hill to win the Six Nations. They underperformed woefully last year, finishing 5th, after defeats to Scotland (losing to them at Twickenham for the first time since 1983), Wales and Ireland.

Eddie Jones will be looking to promising young talent such as Marcus Smith and Freddie Steward to help the established players, and there was marked improvement in the Autumn Internationals as they beat defending World champions South Africa, then Australia to return to winning ways.

Ireland can also be backed at betting odds of 3/1 with Betfair, which might be worth a Six Nations bet were it not for the fact that they face decidedly awkward trips to both Paris and London.

They did have a fantastic Autumn campaign though, including an excellent 29-20 win over the All Blacks in Dublin, plus very impressive wins over Argentina and Japan.

There don’t look to be too many weaknesses in Andy Farrell’s team, but those away fixtures might be asking a little too much of them in terms of claiming the title.

Wales drew level with England on 39 titles with last year’s win, but are available at 11/1 with Betfair to retain the championship.

WALES to win – 11/1 at Betfair Sportsbook

Like the Irish, Wales face some testing trips, with an opening fixture in Ireland and a visit to Twickenham. They didn’t exactly impress in the Autumn Internationals and there surely has to come a time when the legend that is Alun Wyn Jones finally runs out of steam.

Despite securing wins on the road against England and France last year, Scotland could still only secure a 4th place finish. They are 11/1 with 888sport to be crowned champions in 2022.

They have enough talent in the ranks to beat anyone, but lack consistency over the course of the championship. This year will see them welcome England and France to Murrayfield, but away games in Wales and Ireland could prove their undoing.

The one near certainty of the 2022 Six Nations Championship is that Italy will take the Wooden Spoon. It’s certainly not an outlandish Six Nations prediction, as they’ve not even won a Six Nations match since beating Scotland 22-19 at Murrayfield way back in 2015.

The Azzurri squad isn’t lacking in ability, it’s just that there’s not enough of it to compete at this level of the game.
Those with a fancy for a big outsider can back Italy to win the Six Nations at 1000/1 with Betfred.

England to win @ 3/1 with William Hill

Expires: 3004D 07H 34M
New customers only, bet up to £20 on the Exchange and if your first bet loses, we’ll refund you £20 in Cash. Bet must be placed in first 7 days of account opening. T&Cs apply. Payment restrictions apply. T&Cs apply 18+ONLY |BeGambleAware/ Bet Responsibly. This is an advertisement.