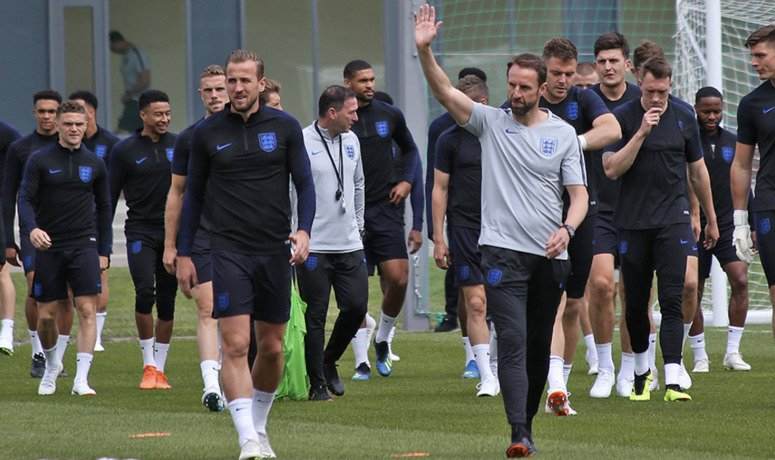 England’s preparations for the Euro 2020 finals step up when they entertain Austria at the Riverside Stadium on Wednesday night. Here’s the betting odds, plus England v Austria predictions and picks…

Ready for the week ahead! 👊 pic.twitter.com/AOXAMVP0Os

Gareth Southgate has selected a 33-man preliminary squad for the finals, although it’s clear that he won’t be starting with any players who participated in the Champions league final against the Austrians.

In addition, there are also a number of injury concerns surrounding the likes of Jordan Henderson, Harry Maguire and Kalvin Phillips.

The Austrians come into this game on the back of a demoralising 4-0 drubbing at home to Denmark in a World Cup qualifier in March, in which they conceded all for goals in 16 second-half minutes.

What happened when England and Austria last played?

This will be the first meeting between the teams since a friendly in Vienna in 2007, when a Peter Crouch goal gave England a 1-0 victory.

The Match Result betting sees England at 1/2 with Betway, with the draw at 31/10 with Betfair and Austria available at 13/2 with bet365*.

In the Match Result & Both Teams to Score (BTTS) market, ‘England & Yes’ can be backed at 13/5 with BoyleSports.

* England v Austria odds correct at the time of writing. All betting odds subject to change.