Back Austria to beat limited Hungary 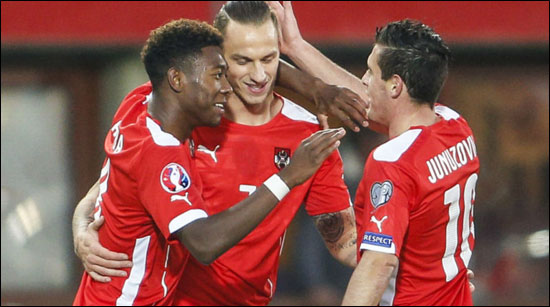 This game not only features a long historic local rivalry between the two teams, but also sees two teams that have qualified for a major finals for the first time in many a year.

Although Austria co-hosted Euro 2008 (where they finished with just a solitary point and a single goal in the group stage), this is the first time they have qualified for a tournament since World Cup 1998 (also held in France of course), where they were also eliminated at the group stage.

Expectations are higher this time and Austria are deemed to be a decent outside pick in the Euro 2016 betting odds by some observers.  That looks a tad optimistic although they were hugely impressive in qualifying for the finals, winning nine and drawing one of their matches and topping their group well clear of Russia and Sweden.

Bayern Munich’s David Alaba will be the one genuine world class player on display, although he is deployed in a midfield role by Austria, rather than in defence as is usually the case with the German champions.  The main goal threat is provided by Marc Janko, who averages close to a goal every other game in international football and Stoke City’s maverick Marko Arnautovic.

Hungary are appearing in their first major finals since 1986 but, welcome though that is, this team is certainly not going to emulate the Mighty Magyars of old.  They only qualified after defeating Norway in the play-offs, having finished behind Northern Ireland and Romania in what was a very modest group.

Hungary’s German coach Bernd Storck has a limited squad at his disposal, with captain Balazs Dzsudzsak being his most influential player.  Former Crystal Palace custodian Gabor Kiraly is still first-choice goalkeeper at the age of 40, having made his international debut against Austria back in 1998 (saving a penalty in the process).

There is some emerging talent in midfielders Adam Nagy and Laszlo Kleinheisler, but scoring goals could be a problem.  Adam Szalai failed to score in club football for either Hoffenheim or Hannover last season, while Tamas Priskin (who was something of a journeyman in English football for a number of clubs over several years) is now based in Slovakia.

Overall, Austria look a level above their local rivals and should prevail.