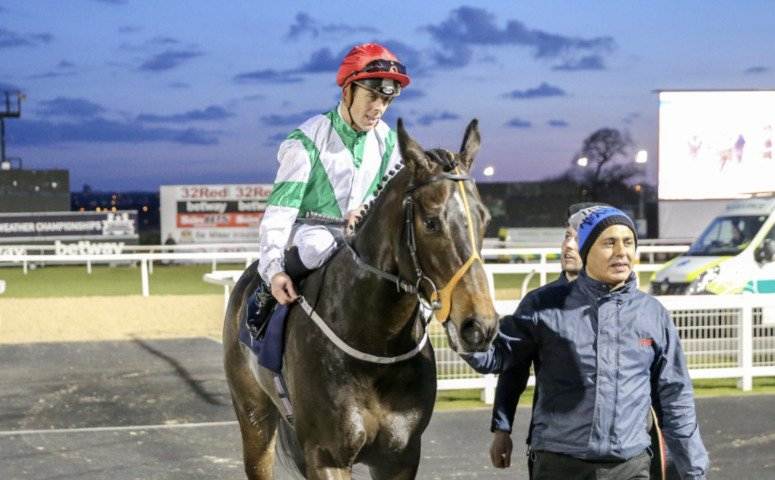 If the start of the flat season on turf doesn’t exactly get your punting juices flowing, a bet on our Flat Jockey’s Championship tip might be just what you need to whet your appetite.

Before you turn your nose up at the thought of tying up your money until the end of the season, it’s worth considering what such a bet entails in terms of value and excitement.

Whoever you back will be in action on most days when there is flat action and, unlike last season when Covid travel restrictions applied, quite possibly at two meetings a day once evening racing gets underway.

Invest in a ‘red hot’ jockey who is going all out for the title, and that translates into an interest in hundreds of races throughout the season, and hopefully right up until British Champions Day at Ascot on Saturday 16th October, when the champion will be crowned.

With the new Flat season coming up, who do you think will be the next Champion Jockey?

Just don’t assume that every winning ride will count. Somewhat bizarrely it’s not until May 1st that the championship starts in earnest, so any winners already on the board by then won’t count.

That said, you still want to be siding with a jockey who has been riding plenty of winners up to that date, building momentum and forging links with as many trainers as possible to ensure a healthy book of rides going forward. And even better if they are based in the north of England.

While there is plenty of competition for rides in the south, winners in the north are arguably easier to come by and it’s not unusual for a rider to ‘clean up’ at the smaller meetings, with frequent doubles and trebles or better.

So it’s with no hesitation that we suggest you place some of your hard earned on our Flat Jockey’s Championship tip, Ben Curtis at 5/1 with bet365*, who bases himself in North Yorkshire – Thirsk to be exact – and whom has recently forged what could be a very lucrative partnership with Mark Johnston.

Johnston needs no introduction to regular racing fans as he’s now sent out over British 100 winners for 25 consecutive seasons from his Middleham base, and a grand total of 894 over the last five. There’s no reason to think they’ll be drying up anytime soon.

Naturally Curtis won’t be on all his winners this season (a physical impossibility) but he can expect to benefit greatly from the link up nonetheless, and he’s been doing very nicely up until now with his existing contacts.

In 2020 he rode 170 winners in Britain and, of those, 92 (from 658 rides, 14% strike rate) came during the championship period, his best ever year in the saddle since coming over from Ireland in 2014. That was enough for fifth place in the final table, and he sat just two behind Hollie Doyle (5/1 with bet365*) in fourth.

Curtis’ flying start on the all weather was largely instrumental in helping him towards last year’s impressive tally, and it certainly helped advertised his skills to a wide swathe of trainers and owners.

By the end of the championship period, and including his winners beforehand, he had ridden at least one winner for 49 different yards. Furthermore the quality of his rides went up.

Karl Burke, one of many loyal supporters, provided him with a first Royal Ascot success on Dandalla, whom Curtis steered to victory in the Albany Stakes, while a Group 3 success came at Newmarket last June on board Johnston’s Nayef Road,

More of the same can be expected for the Irishman in 2021 and he won’t lack for ambition either. This time last year, he signalled his desire to be crowned champion, saying “if I was ever in a position to go for it, I’d be giving it 110 per cent all the way to the finish line, win, lose or draw.”

We can also take some encouragement from his website (benacurtisjockey.co.uk), where he writes: “My aim in life has always been to be the best at whatever I do. With ambition and luck I hope to be crowned champion jockey in the very near future.”

Like all the leading riders, Curtis isn’t immune to injuries and suspensions – he was out of action for 14 days last autumn after breaching Covid protocols and his stellar run ended prematurely after a horror fall at Wolverhampton on December 8 – but the link with Britain’s winning-most trainer could well allow him to bridge the gap and prove decisive.

Of course, Murphy can be relied upon to put up a stout defence, although he’s only recently returned to racing following a three month ban for testing positive for cocaine. It will be interesting to see whether he enjoys the same level of patronage from trainers and owners after that controversy. Time will tell.

Taking all that into account, the 5/1 on offer for Curtis with bet365* – some firms are as short as 7/2 – looks more than fair and we wouldn’t put anyone off having a few quid on him now. Expect a good run for your money at the very least.

If you have any spare free bet credits knocking about you could do worse than fling a flew onto this long-term betting market, if nothing else it will give you an interest in many races where you don’t have a bet.

* Odds correct at the time of writing. All odds are subject to change.