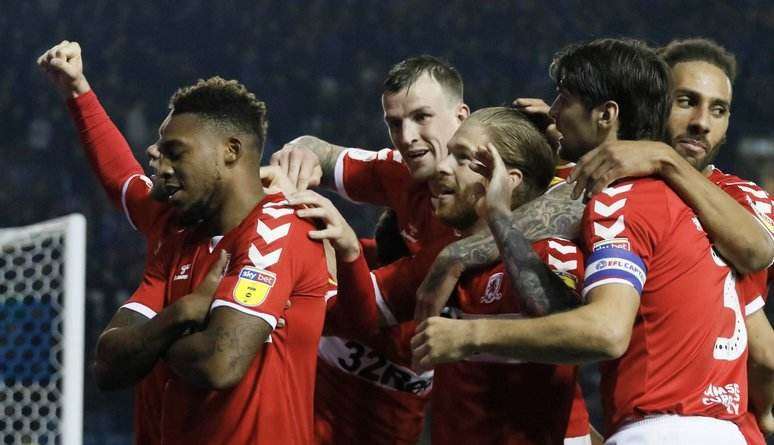 The new Football League season kicks-off this weekend and that means that many of us will be looking to have a few Ante-post punts on the season ahead. You can find a summary with all our English Football League betting predictions for the Championship, League One, League Two and the National League at the bottom of this page.

It’s no great surprise to see yo-yo clubs Norwich City and Watford leading the market in the betting to win the Championship.

The Canaries can be backed at 5/1 with William Hill, while the Hornets are 7/1 with Betfred. The preference is for Middlesbrough at 9/1 for an each-way punt with Betfred though.

Middlesbrough (Each Way) – 9/1 at Betfred

Chris Wilder knows how to get clubs out of the Championship and made a positive impression after joining Middlesbrough during the last campaign. He’s made a few decent signings over the summer and if they can bring in a little more firepower over the remaining month of the transfer window, they look a solid bet for the Top 3.

Other available odds for the leading contenders to win the Championship include West Bromwich Albion at 9/1 with Betfair, Sheffield United at 9/1 with William Hill and Burnley at 11/1 with Betway.

In betting for a Top 6 Finish, Swansea City look interesting at 23/10 with 888sport, while there are also reasons to fancy Coventry City at 3/1 with William Hill.

In Russell Martin and Mark Robins respectively, Swansea City and Coventry City have two excellent managers who are tactically aware and work well with limited budgets.

In the Top Goalscorer market, Watford’s Vakoun Issouf Bayo might be worth backing each-way at 20/1 with Betway.

Congratulations to Bayo on his move to Watford! 👏🏽👏🏽👏🏽

It didn’t work out here but he’s found his feet leading to Watford signing him for £5M.

At the other end of the table, READING are working under a transfer embargo and don’t look in great shape. They could definitely be worth backing at 15/8 with Betfair for the drop.

Likewise, despite having a number of talented youngsters coming through the ranks, BIRMINGHAM CITY could be in trouble. Odds of 7/4 with William Hill indicate as much.

In League One, Sheffield Wednesday have added some quality signings that makes them worthy 9/2 favourites with Betway to win the division.

However, the preference is for an each-way flutter on PETERBOROUGH UNITED (a club that yo-yo between the Championship and League One) at 10/1 with BoyleSports. Grant McCann has experience when it comes to getting teams promoted from League One and Posh have enough about them to suggest they will go close again, particularly if they can find their goalscoring boots.

MILTON KEYNES DONS have lost some big players over the summer in Harry Darling and Scott Twine, but they are noted for their sound recruitment and have brought in a number of new signings. As such, the MK Dons look worth an interest at odds of 6/4 with Betfred for a Top 6 Finish.

With regards to relegation, MORECAMBE only just survived last term and conceded a whopping 88 goals. In reality they defied expectations last season, but manager Derek Adams has to compete with a minimal budget and their time in League One could be up. They are favourites for relegation this season at 1/1 with William Hill and it’s difficult to argue with that.

Going into League Two, MANSFIELD TOWN only just missed out on promotion last term and look capable of making amends this season. Nigel Clough is a vastly experienced manager and has been able to add a little extra quality to his existing squad over the close season. At 10/1 with Betway, the Stags definitely warrant an each-way interest.

AFC WIMBLEDON come into the season not only on the back of relegation from League One, but having not won a competitive game in 2022 (a 27-match winless streak in the league)! However, new manager Johnnie Jackson has made a handful of decent signings that should help shore things up at the back and provide goals at the other end. They look worth a punt at 9/4 with Betfair for a ‘Top 7 Finish’.

The relegation market is very competitive, with no teams looking in the sort of mess that was the case with Scunthorpe United and Oldham Athletic last season.

COLCHESTER UNITED struggled last term before a late revival, but there’s been precious little transfer activity over the summer. Another tough campaign could be on the cards and they look definite candidates for the drop at 6/1 with BoyleSports.

Finally, dipping into the National League, big spending Wrexham just came up short last season. They are warm favourites to make amends this term at 11/8 with Betway and it would be a surprise were they not to do so.

* Odds correct at the time of writing. Subject to changes.