Free tips Formula 1 Betting: Will There be Madness at Monaco This F1 weekend? 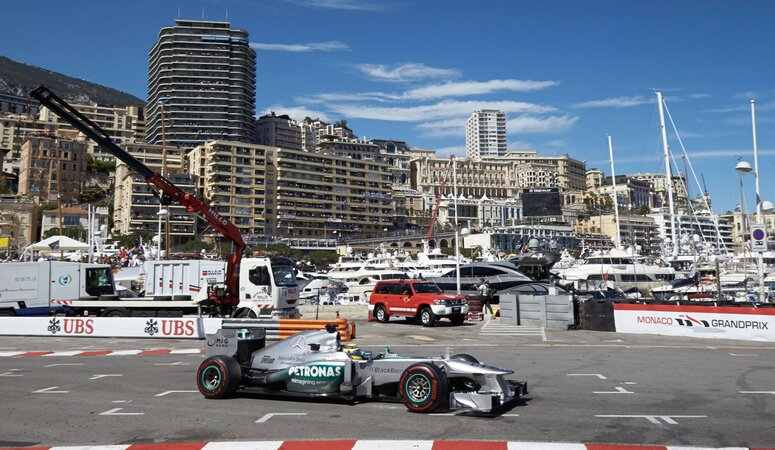 Ironic really as this race may be Formula 1’s showpiece contest but amongst drivers it’s the most unpopular circuit of them all. Reason being – the inability to truly race as overtaking here is desperately difficult.

The history books indicate there will be a dozen or even less on track overtakes on Sunday – and these will feature a very fast car pitted against a very slow one.

With overtaking so difficult this race is often won on a Saturday during qualifying. 12 of the last 16 Monaco GP winners have started from pole position. However, quite remarkably, in the same period of time, only two pole-setters or race winners have landed the race’ fastest lap.

Given this stat it is easy to look beyond race favourites Lewis Hamilton and Max Verstappen in this Formula 1 betting market and head for a relative outsider driving a reasonably fast car. Here’s four ‘live ones’ to consider:

18-17-19-19 has been the finishing numbers this season so far. There were also 19 finishers in the last two races staged here in Monaco. If the mobile chicane which is Nikita Mazepin was not in the field you could back 19 finishers with confidence once again.

As it stands we have to hope the rookie doesn’t drive into anyone (he’s unlikely to be involved in any of the just dozen overtakes this race normally throws up) but the rich Russian could be lapped twice which means 30+ drivers have to negotiate their way past him which won’t be easy. In just four races the Haas driver has garnered quite a reputation – a bad one.

Even taking his erratic driving into account the 13/8 about 17.5+ race finishers is a good bet in Bet365’s total finishers market. In fact we also like the 7/4 about both Haas drivers being classified as finishers. This bet has been a winner in all of the last three races and in Mazepin’s favour he did race here twice in 2019 in Formula 2 finishing the race distance both times (lapped on both occasions).

Mercedes and Red Bull are a cut above their rivals and in both teams their No. 1 driver looks vastly superior to their No. 2. Since joining Red Bull Sergio Perez has failed to stand on a podium step but after four races he should be ready to make a mark and we like him here.

The Mexican is really good on the Monaco streets underlined by the two ‘fastest laps’ he has registered here. It is hard to see him qualifying worse than fourth and in a car which is expected to excel on this street circuit, he can out battle Valtteri Bottas (Mercedes No. 2) to claim some silverware.

If the press conference is anything to go by…

* Monaco GP odds correct at the time of article publication. All betting odds are subject to change.

Expires: 45D 00H 51M
New customers only, bet up to £20 on the Exchange and if your first bet loses, we’ll refund you £20 in Cash. Bet must be placed in first 7 days of account opening. T&Cs apply. Payment restrictions apply. T&Cs apply 18+ONLY |BeGambleAware/ Bet Responsibly. This is an advertisement.