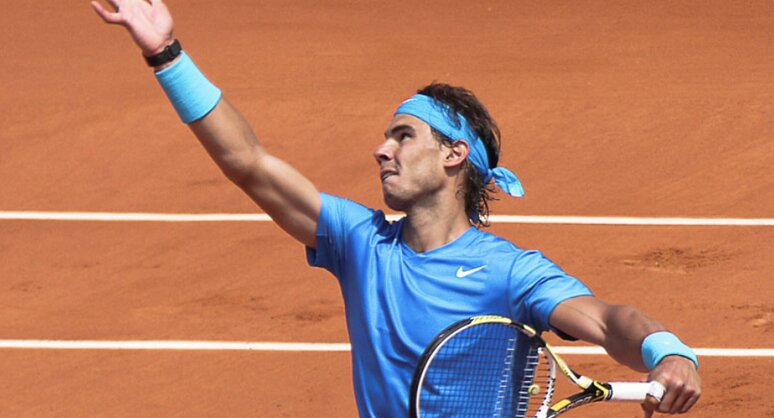 Just a week after the culmination of the US Open, the pandemic-delayed French Open gets underway at Roland Garros in Paris. Here’s our French Open 2020 predictions and outright bets…

The men’s even has been dominated over the past decade and a half by one man of course, with RAFAEL NADAL (10/11 with Betway) having won an astonishing 12 titles.

It’s difficult to look past him again this year, especially as he opted against defending his US Open title. That’s enabled him to focus all his energies in preparation for on his favoured clay court season and avoid any potential issues with injury or fatigue.

His main challenger in recent years on the French clay has been Austria’s Dominic Thiem (10/3 with BetVictor), who has lost the last two finals in Paris to Nadal.

Dominic Thiem has gone on to prove himself away from the clay in 2020, having been a beaten finalist at the Australian Open at the start of the year and then winning his first Grand Slam final on Sunday, when he rallied from two sets down to beat Alexander Zverev for the US Open title.

The big question for Thiem is can he maintain that level of performance across two such different tournaments in such a short space of time?

Novak Djokovic (3/1 with Betfair) will also be in the hunt, especially after missing out at the US Open after being disqualified in his last 16 tie for having hit a line judge in the throat with a ball (to quote the rules, he was disqualified for hitting a ball “dangerously or recklessly within the court, or with negligent disregard of the consequences”).

There’s no Roger Federer this year, so it’s difficult to see beyond those three as genuine contenders, but Stefanos Tsitsipas can be backed at 18/1 with Boylesports. US Open runner-up Alexander Zverev is 20/1 with Betfair and Daniil Medvedev is on offer at 33/1 with 888sport.

As is always the case in Grand Slam tennis these days, the women’s event is far harder to call. There are numerous potential title contenders and with six of the top 10 having opted out of playing at the US Open this year, not a great deal of form to go on in some instances.

The title will definitely change hands this year, as defending champion Ashleigh Barty has opted against travelling to Paris as a result of the coronavirus pandemic.

Naomi Osaka (12/1 with Boylesports) goes to Paris as the newly crowned US Open champion and the 22 year-old now has three Grand Slam titles to her name. However, the Japanese star has never been beyond the third round at Roland Garros and it might be asking a lot of her to maintain her game at the same level after the highs of Flushing Meadows.

Our French Open 2020 predictions for the women’s title point towards SIMONA HALEP (7/2 with Boylesports). The Romanian (who will turn 29 during the tournament) won the French Open in 2018 and has been a beaten finalist twice previously, so she has some pedigree on the clay. She will also be fresh, being one of the players who opted out of the US Open.

You can never write off Serena Williams (15/1 with 888sport) of course, but the legendary American will turn 39 during the tournament and she hasn’t won a Grand Slam title since the Australian Open in 2017. It would be fair to say that clay isn’t her favourite surface either, with “only” three of her 23 Grand Slam singles crowns coming in Paris.

Other leading contenders for the women’s event include:

Expires: 3004D 08H 5M
New customers only, bet up to £20 on the Exchange and if your first bet loses, we’ll refund you £20 in Cash. Bet must be placed in first 7 days of account opening. T&Cs apply. Payment restrictions apply. T&Cs apply 18+ONLY |BeGambleAware/ Bet Responsibly. This is an advertisement.