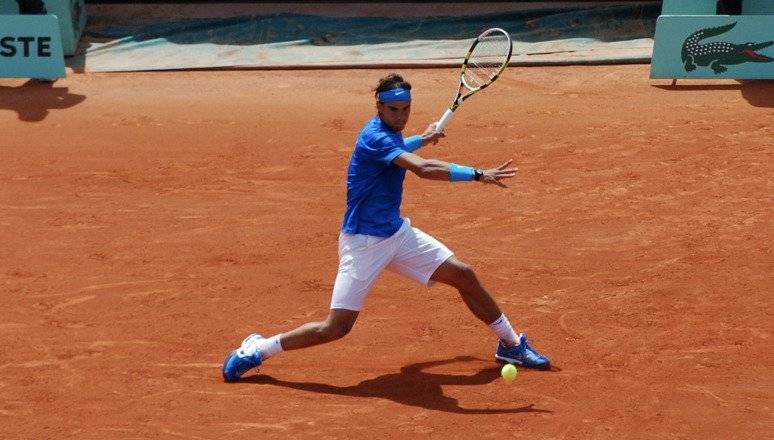 The French Open 2021 will be played from 30 May to 13 June at the Stade Roland Garros in Paris, with Rafael Nadal and Iga Swiatek the defending champions in the Men’s and Women’s Singles. Here’s a betting preview with French Open 2021 betting tips and predictions…

With 13 French Open titles to his name, Rafael Nadal is inevitably installed as the betting favourite to retain the Men’s title. You can bet on he “King of Clay” at French Open odds of 1/1 with Spread Ex to secure a record 21st Grand Slam title.

That might not look to be great odds for a player who will turn 35-years old during the tournament and with the eventual champion needing to win seven matches to lift the trophy, but it’s worth remembering that Nadal claimed the title last year without dropping a set.

Nadal defeated Novak Djokovic in last year’s final and recently did likewise to win the Italian Open. World number one Djokovic is 7/2 with Betfair and certainly can’t be discounted. However, although he’s likely to go deep into the tournament, he’s only won the French title once in his illustrious career.

Perhaps the biggest challenger to Nadal for the title is Dominic Thiem, who can be backed at 6/1 with bet365*.

The Austrian is a two-time runner-up to Nadal in Paris and although knocked out at the quarter-final stage last year, that was just a couple of weeks after he had claimed his first Grand Slam title by winning the US Open. A clay court specialist, Thiem has long been viewed as Nadal’s heir apparent at Paris.

Stefanos Tsitsipas is a 7/1 chance with 888sport. The 22-year-old Greek player recently won the Monte-Carlo Masters and finished runner-up to Nadal in the Barcelona Open, so there is some justification for optimism.

Alexander Zverev could be a decent each-way punt at 17/1 with Betfair. The German won the Madrid Open earlier in the month, beating Nadal and Thiem en route to the final, where he beat Matteo Berrettini.

Unlike the Men’s Singles where it’s difficult to see beyond a handful of names at most, the Women’s tournament looks wide open.

Swiatek comes into the tournament with great impetus after having thrashed Karolina Pliskova 6-0 6-0 to win the Italian Open. The Polish teenager can be backed at odds of 5/1 with Betway for a successful defence of her title.

World number one Ashleigh Barty, the French Open champion in 2019, is on offer at 5/1 with William Hill. The concern for the Australian is that she was recently forced to retire from her Italian Open quarter-final with Coco Gauff with an arm injury. The French Open isn’t a very forgiving tournament when it comes to fitness issues.

Aryna Sabalenka, 8/1 with Betfair, could be a good alternative bet for the Women’s title after recently defeating Barty to win the Madrid Open.

The 23-year-old Belarusian has never been beyond the last 16 in a Grand Slam tournament, but she’s now up to number four in the rankings and could be set to make the step.up.

Simona Halep is 9/1 with Betfair, although the 29-year-old Romanian world number three has a small tear in her calf after being injured in the Italian Open that makes her a doubt for Paris. She looks a decidedly risky bet on that basis.

French Open winner in 2016, Garbine Muguruza is 12/1 with BoyleSports. The Spanish-Venezuelan is a definite contender on her day.

Naomi Osaka is probably the best player in women’s tennis at present, but clay isn’t really her surface. The Japanese 23-year-old already has four Grand Slam titles to her name, but has yet to go beyond the last 32 in Paris.

The 25/1 available on Osaka to win the title with BoyleSports does look big, but this might not be the tournament in which to back her.

* French Open 2021 betting odds correct at the time of writing. All odds subject to change.

Expires: 3003D 06H 57M
New customers only, bet up to £20 on the Exchange and if your first bet loses, we’ll refund you £20 in Cash. Bet must be placed in first 7 days of account opening. T&Cs apply. Payment restrictions apply. T&Cs apply 18+ONLY |BeGambleAware/ Bet Responsibly. This is an advertisement.