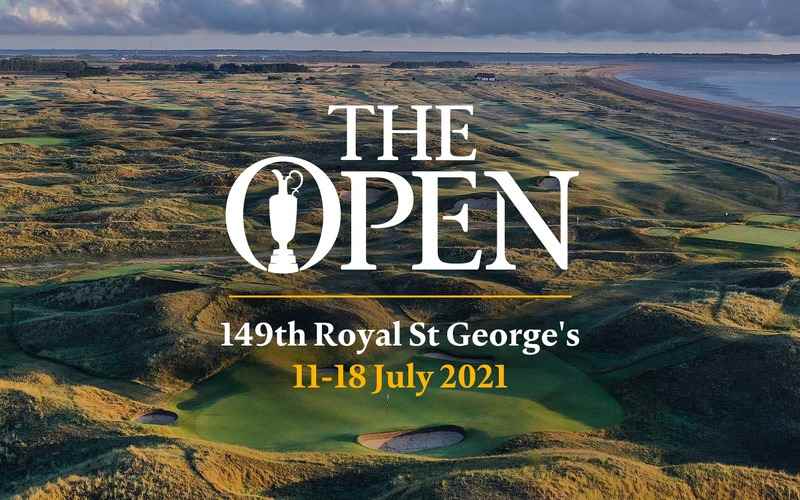 The Open Championship 2021 is scheduled to take place from Thursday 15 to Sunday 18 July at the Royal St. George’s Golf Course in Sandwich, Kent.

The tournament was originally set to be held at the course – a par 70 of 7,204 yards in length – in 2020 but, as with many sporting events in the UK last year, it was cancelled as a result of the COVID-19 pandemic.

Therefore, Ireland’s Shane Lowry remains the defending champion after he romped home by six shots from England’s Tommy Fleetwood at Royal Portrush in 2019.

The Royal St. George first hosted the Open way back in 1894 and this will be the 15th occasion on which the prestigious tournament has been held on the course. It was last hosted here in 2011, when Darren Clarke claimed a memorable title in wet and windy conditions.

This is a course where accuracy off the tee should be more important than distance, with avoiding the bunkers being a big factor. The second shot could well be the key to winning the tournament on this course.

The 2010 Champion Golfer of the Year speaks to the press 🗣

The betting for this year’s title sees the recently crowned US Open champion Jon Rahm as the 10/1 favourite with bet365*. The Spaniard certainly has the game and the form to win, but claiming back-to-back majors within just a few weeks of each other would be asking an awful lot.

Next up in the betting are Dustin Johnson at 12/1 with William Hill and Rory McIlroy, who can also be backed at odds of 12/1 with SpreadEx.

Johnson hasn’t been in great form in recent months, so backing him is a calculated gamble on his undeniable quality resulting in a return to his best golf. Likewise, McIlroy hasn’t been in particularly great form of late, although he did finish a highly creditable tied 7th at the US Open at Torrey Pines recently.

Other leading contenders with the top bookmakers include:

Of those, Koepka could be the player to consider the most, having seemingly made a full recovery from knee surgery to secure a tie for 2nd at the PGA Championship and a tie for 4th at the US Open.

Xander Schauffele is another 22/1 chance with BoyleSports and could be worth as a potential winner. The 27-year-old Schauffele has an excellent record at the majors, with no fewer than nine Top 10 finishes since making his debut in 2017. That includes a tie for 2nd at the Open in 2018. A first major title surely can’t be far away for the Californian?

Louis A Man in Form

Louis Oosthuizen is a 28/1 shot with Betway. The 38-year-old South African won the Open in 2010 and has also recorded no fewer than six 2nd place finishes (including finishing 2nd at the recent US Open and a tie for 2nd at the PGA Championship prior to that) and one 3rd place at majors in the decade since. He’s been in sensational form on the greens this year too.

Collin Morikawa is on offer at odds of 30/1 with William Hill and Tyrell Hatton can be backed at 30/1 with bet365*.

Another interesting possibility is Patrick Cantlay at 33/1 with bet365*. The 29-year-old Californian is very much a player in form of late, having recorded two wins and five top-10 finishes this season.

Another lively outside chance is Tony Finau at 40/1 with 888sport. The 31-year-old from Salt Lake City has registered 10 Top 10 finishes in the majors (including a 3rd place finish at the Open at Royal Portrush two years ago), although he did recently miss the cut at the US Open. His consistency at the big tournaments makes him a player to consider carefully from a betting perspective though.

* The Open Championship betting odds correct at the time of writing. Subject to fluctuation.

Expires: 3043D 14H 26M
New customers only, bet up to £20 on the Exchange and if your first bet loses, we’ll refund you £20 in Cash. Bet must be placed in first 7 days of account opening. T&Cs apply. Payment restrictions apply. T&Cs apply 18+ONLY |BeGambleAware/ Bet Responsibly. This is an advertisement.