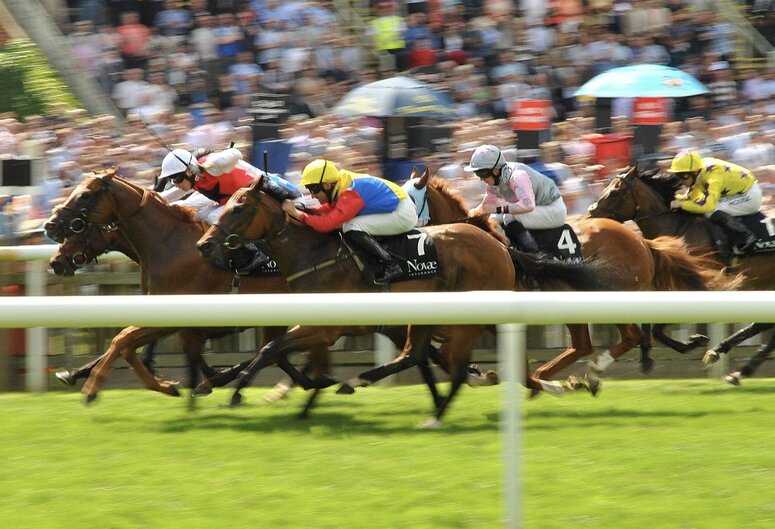 Arazi, one of the most famous Breeders’ Cup winners of the modern era, has died at the age of 32 due to health issues related to old age at Stockwell Stud, Australia.

Arazi was Europe’s champion two-year-old after a whole host of top victories in France, but he is most famous for his breathtaking win in the 1991 Breeders’ Cup Juvenile at Churchill Downs under jockey Pat Valenzuela. Commentator Tom Durkin famously remarked in almost disbelief “and Arazi runs right by him!”, adding “here indeed is a superstar!”.

The Juvenile was his first-ever race on dirt and the winning margin being the widest there has been in the history of the race.

Shadwell racing manager Angus Gold said of the horse loving family, they are “very keen to honour Sheikh Hamdan’s legacy and keep the whole thing going, which is fantastic”.

Shadwell will however be winding down their interests in the southern hemisphere, including Shadwell Stud Australasia and their other star horses in Australia and South Africa.

Disappointingly only four went to post in the Eclipse on Saturday but it was my ante-post NAP St Mark’s Basilica (advised at 2/1) that took the spoils at even money on the day.

Winning his fourth successive Group One race, St Mark’s Basilica gave trainer Aidan O’Brien a sixth Eclipse triumph with his three-year-old being far too good for Addeybb and Mishriff.

Some bookmakers cut St Mark’s Basilica to 12/1 to win the Prix de l’Arc de Triomphe at Longchamp in October, however O’Brien for now will probably keep St Mark’s Basilica at around 10 furlongs, with the Juddmonte International Stakes at York next month being the target.

The opening race at Sandown Park on Saturday was dogged with controversy after an initial announcement that Phoenix Star had beaten Hurricane Ivor in a photo finish was subsequently amended to a dead-heat between the two.

Given that a print from the “mirror” image seemed to suggest that the winner had been Hurricane Ivor, there were many people left scratching their heads in disbelief.

It was mid-afternoon before the stewards reported that due to a “distortion of the mirror” the image could not be relied on?

What mirrors are Sandown actually using these days? Decommissioned ones from Blackpool Pleasure Beach’s hall of mirrors?

A Grand Day Out

Broome swept away the opposition as he secured a first Group One victory with a gutsy pillar-to-post victory in the Grand Prix de Saint-Cloud in Paris on Sunday, giving Aidan O’Brien a weekend to remember.

Asked if could be a Prix de l’Arc de Triomphe contender in the autumn, jockey Colin Keane said: “I wouldn’t put them off anyway!”

This week sees the Newmarket July Festival take place from Thursday through to Saturday with the climax being the Darley July Cup on the final day of the fixture.

My ante-post bet at this stage is the Archie Watson-trained Glen Shiel (E/W) at 12/1 with bet365* who looks far too big at 16/1 to ignore. Last season’s Sprint Stakes winner is as game as they come and he can be a big player.

York’s Saturday highlight is the John Smith’s Cup Handicap and I will take a chance on Ed Walkers’ Caradoc (E/W) at 16/1 at Betfair. Owner P K Siu tasted success just last weekend with Came From The Dark and Caradoc looks primed to run well here.

* Horse racing odds correct at the time of writing. All betting odds are subject to changes.

Expires: 3004D 07H 42M
New customers only, bet up to £20 on the Exchange and if your first bet loses, we’ll refund you £20 in Cash. Bet must be placed in first 7 days of account opening. T&Cs apply. Payment restrictions apply. T&Cs apply 18+ONLY |BeGambleAware/ Bet Responsibly. This is an advertisement.