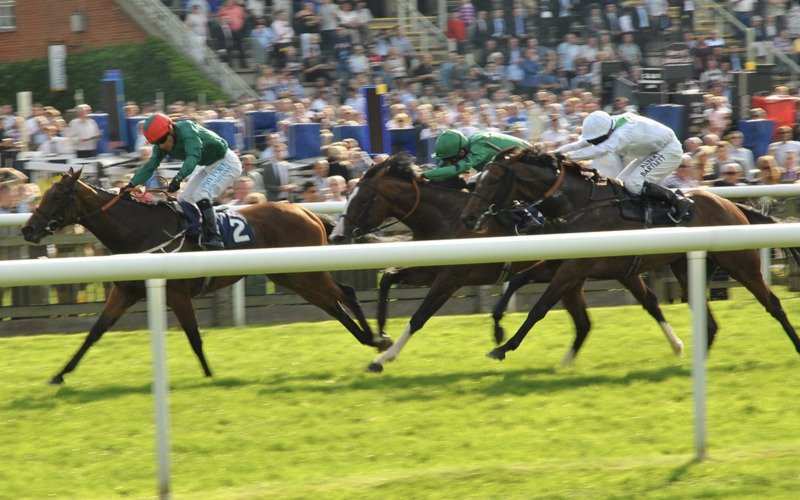 There was so much significant horse racing that took places globally at the weekend that is would probably be very prudent to dedicate the majority of this weeks’ horse racing blog to it.

On a personal note, I managed myself to attend Aintree’s evening fixture on Friday and it was a thoroughly entertaining card.

Horses to take from the results on the night were Captain Tom Cat who jumped like a stag on his chasing debut, and Burbank for the Jimmy Moffatt stable who looks like he could well pick up some decent summer prizes.

Proschema for the Skelton brothers looks to have plenty more wins in him too.

Improving sprinter Creative Force made it four wins from five starts with a decisive display in the Listed Carnarvon Stakes. He doesn’t qualify for the Commonwealth due to be a gelding, but the Jersey could be a possibility for him next.

The William Haggas-trained Al Aasy strolled to victory in the Al Rayyan Stakes and is understandably now a short price for the Coronation Cup. Bookmakers initially cut Al Aasy into 2-1 (from 9-2) for the Coronation Cup, but many of them shortened up even further to 7-4 over the course of the weekend.

Palace Pier cruised to glory in the Al Shaqab Lockinge Stakes. The four-year-old, who is trained by John and Thady Gosden, was sent off the 1-2 favourite. Frankie Dettori was able to take a long look behind before surging clear on the favourite. Lady Bowthorpe finished a creditable second and Top Rank back in third.

Fillies’ Trial Stakes winner Eshaada made it two from two, with trainer Roger Varian suggesting that the Ribblesdale Stakes would be the next target for the filly.

The impeccably-bred John Leeper is now a general 10/1 chance for the Derby after his Newmarket success. The second placed Tasman Bay will also head to Epsom and is a 66/1 chance in most places.

Bellosa could be Jersey Stakes bound after she beat some top fillies in the King Charles II Stakes.

Cachet was introduced at 8/1 for the Group Three Albany Stakes at Royal Ascot on 18th June after impressing in the British EBF Fillies’ Novice Stakes.

The Commonwealth Cup at Royal Ascot or the Wokingham could be next on the agenda for the Eve Johnson-Houghton-trained Jumby. A decision will be made nearer the time.

The victory saw his odds cut to 20/1 (from 50) for the Epsom Derby, while Wordsworth is now out to 25/1 following his odds-on defeat. Both horses have received a 14/1 quote for the final Classic of the season- the St Leger.

St Mark’s Basilica gave Aidan O’Brien his fifth victory in the Poule d’Essai des Poulains (French 2000 Guineas) at ParisLongchamp. St Mark’s Basilica was sent off a 9/4 chance in the hands of Ioritz Mendizabal.

A return to France for the Prix du Jockey Club over 10 furlongs may be on the cards next although the St James’s Palace Stakes at Ascot has been muted too.

There was quite the upset in the Poule d’Essai des Pouliches (French 2000 Guineas) as the Jean-Claude Rouget-trained Coeursamba (66/1) denied Mother Earth a Classic double with a surprise victory. The Prix Rothschild, the Prix Jean Prat or the Coronation Stakes at Ascot are all possible options for the Rouget filly.

Next weekend sees the Irish 2000 and 1000 Guineas takes place at the Curragh whilst Haydock Park hosts the Temple Stakes.

* Horse racing odds correct at the time of writing. All odds are subject to change.

Expires: 34D 03H 41M
New customers only, bet up to £20 on the Exchange and if your first bet loses, we’ll refund you £20 in Cash. Bet must be placed in first 7 days of account opening. T&Cs apply. Payment restrictions apply. T&Cs apply 18+ONLY |BeGambleAware/ Bet Responsibly. This is an advertisement.