Vamps guitarist James McVey has been the early hit with punters following the unveiling of ten jungle contestants on Tuesday. The 24-year-old is already the third celebrity to head the betting – he is top-priced 4/1 with Betfred – following early gambles on Harry Redknapp and John Barrowman.

The latest jungle adventure hits the screens on Sunday at 9pm with ten celebrities.  The participation of former Tottenham manager Harry Redknapp was a badly kept secret and many correctly suspected The Chase’s Anne Hegarty would be joining him. 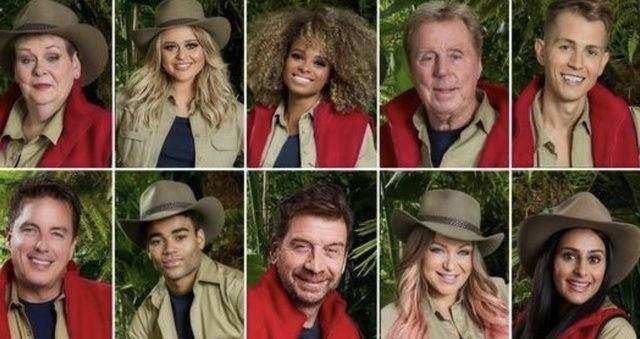 Barrowman claims British and American citizenship and his accent is unlikely to endear him to telephone voters.  In 17 previous seasons of I’m a Celeb an American has never looked like winning.  Given that fact he looks at obvious ‘lay’ on the Betfair Exchange at around 5.5.

At 71 years of age Harry Redknapp would be the oldest winner by some considerable way.  Sadly for him recent trends indicate the ultimate victor will probably be aged under 30.  But the list of previous winners also shows Londoners fare exceptionally well in this show and that makes Rita Simons a big runner.

Muddying the waters further is the inevitable late arrival of two more contestants.  Noel Edmonds is reportedly going to be one of them and he is just 10/1 with William Hill despite his participation being just hearsay at this point in time.

When all the form pointers from previous years are taken into consideration there is no definitive ‘good thing’.  Recent trends in this and other reality TV shows (such as Celebrity Big Brother) show former Gogglebox, Made in Chelsea and Geordie Shore stars have an enormous advantage but there are none of these in this year’s I’m a  Celeb line-up.

However pop-stars do fare well – previous winners including Kerry Katona, Matt Willis, Dougie Poynter and Kian Egan – so Fleur East, who can be backed at 16/1 with BoyleSports, and the aforementioned James McVey should be supported.

There’s never been a contestant quite like over-weight brain-box Anne Hegerty and she could be the real dark-horse of the field.  Despite her capacity for knowledge ‘the Governess’ has repeatedly displayed a sense of humour. Her ability to laugh at herself – and she’s become a pantomime regular in recent years – could be an asset.  At Coral’s 10/1 she’s another that could give you a run for your money during the three-week long show.