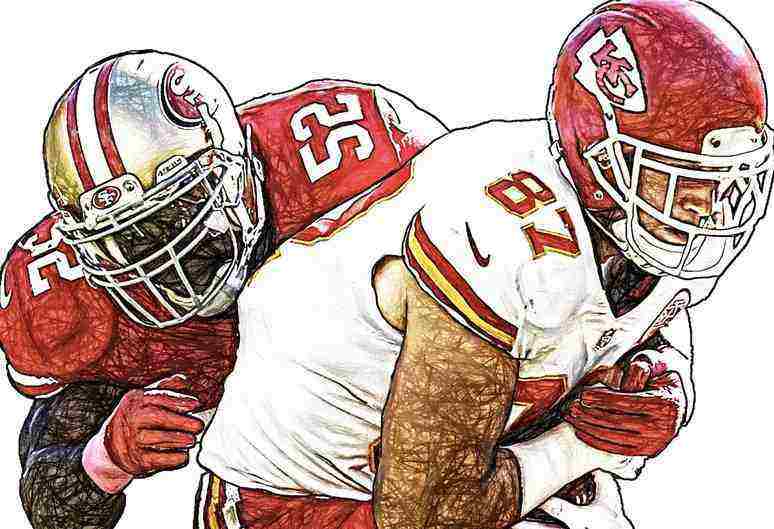 Back 49ers to claim sixth Super Bowl against Chiefs

888Sport Welcome Offer – Enhanced Odds on Either Team to Win >>

The Chiefs beat the Tennessee Titans 35-24 in the AFC Championship game to secure a first Super Bowl appearance in 50 years, having last appeared at Super Bowl IV in 1970 (when they secured their only win to date by beating the Minnesota Vikings 23-7, coincidentally in Miami). Kansas City also featured in the first ever Super Bowl four years earlier.

The 49ers defeated the Green Bay Packers 37-20 to win the NFC Championship and book their place at Super Bowl 54.

This will be their first Super Bowl since 2013, when they lost 34-31 to the Baltimore Ravens in New Orleans. The Niners have won the Vince Lombardi Trophy five times, but their last success came 25 years ago when they beat the San Diego Chargers 49-26 in Super Bowl 29, which was also held in Miami.

With Patrick Mahomes leading them, the Chiefs possess an explosive offense, but the 49ers’ (who provide plenty of threat on the offense themselves) defense applies relentless pressure.

Mahomes was instrumental in seeing the Chiefs pull off double-digit comeback wins over the Houston Texans and the Titans, but they are unlikely to be able to recover in a similar fashion against San Francisco.

There’s very little between the teams in the Super Bowl betting odds to win the game, with Kansas City the slight favourites at 4/5 with Coral, while San Francisco are 11/10 with Betfair.

In terms of the Super Bowl MVP betting tips, San Francisco running back Raheem Mostert could be the value NFL bet. He rushed 29 times for 220 yards and four scores against the Green Bay Packers and can be backed at 9/1 with 888Sport.

Raheem Mostert overcame accidentally shooting himself, losing his mentor and almost quitting the NFL to become a playoff hero.

“It was a hunger to succeed and make it out. … I have to show everyone what I can do.”

* Chiefs vs 49ers betting odds correct at time of writing

Expires: 3004D 07H 56M
New customers only, bet up to £20 on the Exchange and if your first bet loses, we’ll refund you £20 in Cash. Bet must be placed in first 7 days of account opening. T&Cs apply. Payment restrictions apply. T&Cs apply 18+ONLY |BeGambleAware/ Bet Responsibly. This is an advertisement.