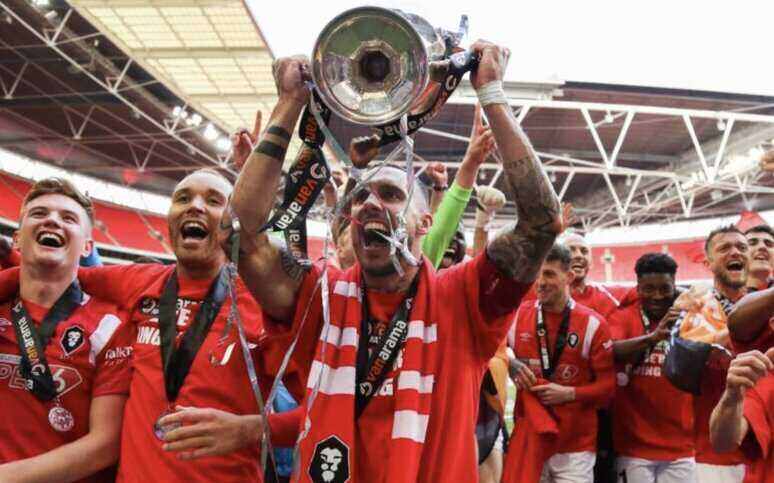 Five unbeaten games into the new league season Graham Alexander has been sacked with Salford sitting fifth in the table. Disappointing results and the style of play seem to have led to Alexander’s departure and Paul Scholes takes over as the temporary manager.

The head of youth development, Warren Joyce, was the odds-on favourite to be the next permanent manager. However, will his former playing colleagues appoint Irish legend Roy Keane who has seen significant support in the Next Salford Manager betting odds in recent days in from 11/2 to the new 11/10 favourite with Betfair. Judging by that, Roy could be heading to Salford!

SALFORD CITY have been able to pay the highest wages and attract the best lower league players in recent years.

The wealthy owners allow the club to spend money on the squad more in keeping with a higher division and that process continued during their National League campaign last season. After a fourth promotion in five seasons, Salford look worthy favourites to win League 2 at 11/2 with bet365*.

Other bookmakers, such as Betfair, have tried to duck them by going the lowest price. The thinking is that the billionaire major shareholder can always put his hand in his pocket when the side needs to improve to get out of the division in which they are competing. It also helps to attract players when the part-owners happen to be the Manchester United Class of ’92. (Ryan Giggs, Paul Scholes etc)

A typical purchase since Giggsy, Scholsey et al each bought 10% of the club in 2014 is striker Ian Henderson. He made 68 appearances for Norwich City in the top three divisions. Most recently Henderson scored 98 goals in 240 matches for Rochdale in League 1. So he is a proven scorer in a league above Salford’s current status. So he could be worth a bet as League Two top scorer.

Henderson could deliver over 25 goals in the 2020/21 season and looks a good value bet at 11/4 with Skybet to be the League 2 top goalscorer.

Thanks to a fly on the wall documentary, we know that Salford were famously jointly managed by Bernard Morley and Anthony Johnson. The owners thought the club could not progress into and up the football league pyramid so the pair were replaced by Graham Alexander at the start of the 2018/19 season.

He managed Fleetwood Town when they were promoted to League 1 so he was another key member of the organisation who had succeeded in a higher division. The playing and managerial personnel at the club make Salford a good bet to win the League 2 title.