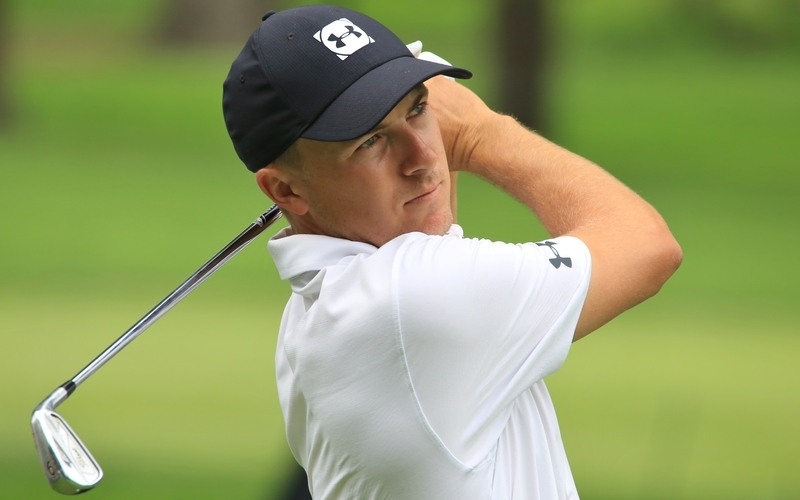 The first golf major of the year, The Masters 2022, gets underway on Thursday 07 April at the Augusta National Golf Club, in Augusta, Georgia. Last year’s tournament was won by Japan’s Hideki Matsuyama, who finished with a score of 278 (−10), one shot ahead of Will Zalatoris. Xander Schauffele and Jordan Spieth finished two shots further back in a tie for 3rd place.

The favourite to win this year’s tournament is the Spaniard, Jon Rahm, who can be backed at odds of 10/1 with BoyleSports. Rahm is seeking his second major title, having won the US Open last year.

I can’t believe Jordan Spieth is the defending champion at the tourney this week.

Next in the Masters 2022 betting odds market after Jon Rahm are:

The 28-year-old JORDAN SPIETH has solid form at Augusta, having claimed five top-three finishes (including one title) in eight Masters starts. Experience and a previous track record has proven key at the Augusta National, and Spieth certainly has that in abundance.

McIlroy and Thomas also tick a lot of boxes when looking for a potential winner, with the Northern Irishmen needing to win the Green Jacket to secure a career Grand Slam of majors.

JUSTIN THOMAS is a tremendous striker off the tee, which is a significant plus point at Augusta. The 28-year-old looks to have everything required to secure a Masters title, and this could well be the year.

Justin Thomas last win was a year ago. He’s due. I’m picking him to win The Masters.

A storming start to 2022 has seen Scottie Scheffler claim wins in the WM Phoenix Open, Arnold Palmer Invitational and WGC-Dell Technologies Match Play. As a result, it’s also moved him up to No. 1 in the Official World Golf Ranking. Scheffler clearly has momentum going into the Masters, and there will be many backing him at best odds of 16/1 with Betfair Sportsbook.

The out-of-form Bryson Dechambeau is on offer at 28/1 with bet365*, while defending champion Hideki Matsuyama can be backed at 33/1 with BoyleSports to successfully retain his crown.

Looking at players outside the usual contenders, Sam Burns is 40/1 with William Hill after winning the Valspar Championship. He now has three PGA Tour wins over the past year, but he will be making his debut at Augusta. No player has won in their first Masters appearance since Fuzzy Zoeller did so in 1979.

MATT FITZPATRICK had a top five finish at the Valspar Championship, and has now had four top-10 finishes in five tournaments. He could prove to be decent each-way value at 60/1 with bet365*.

BILLY HORSCHEL can be backed at 80/1 with William Hill. Horschel finished 2nd at the Arnold Palmer Invitational and has made the cut at 16 straight tournaments dating back to last year’s U.S. Open.

GARY WOODLAND could be worth an each-way interest at 100/1 with bet365*. He has had an impressive season to date, having won the Arnold Palmer Invitational and put up a decent showing at the Valspar Championship. The Masters is the only one of the majors to be held at the same course each year, so it’s always worth keeping an eye on players who have a decent track record at the tournament.

Just gonna put this out there now…

Gary Woodland is your 2022 Masters winner.#TheMasters

It can also be worth paying careful consideration to those players who have performed well at The Players Championship, The Honda Classic, WGC-Dell Technologies Match Play and Valero Texas Open.

Augusta is renowned as a course that favours big hitters, whilst the best scramblers have a definite advantage and scoring well on the par fives can be a big factor too. This year the Masters will be played on the longest course yet at the Augusta National, with it having been extended to 7,510 yards, as a result of additions made to the par-4 11th and par-5 15th.

It’s also worth noting that the Augusta layout is such that many of the fairways have a natural dogleg from right to left, which can give an advantage to right-handed golfers.

* The Masters 2022 golf odds correct at the time of publication. All Masters odds subject to changes.

Expires: 3043D 14H 30M
New customers only, bet up to £20 on the Exchange and if your first bet loses, we’ll refund you £20 in Cash. Bet must be placed in first 7 days of account opening. T&Cs apply. Payment restrictions apply. T&Cs apply 18+ONLY |BeGambleAware/ Bet Responsibly. This is an advertisement.