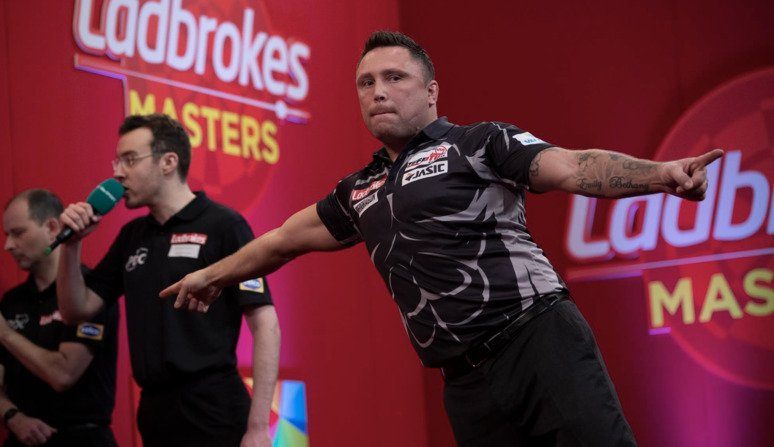 The Ladbrokes Masters should see the Gerwyn Price juggernaut roll on

The Darts are back on the box this week with ITV4 televising the Ladbrokes sponsored Masters which starts on Friday and comes from that outstanding venue, the Marshall Arena in Milton Keynes. Scroll on for our Masters Darts betting tips and predictions.

Until 2020, as a sports auditorium, it was best known for staging the National Badminton Championships but since Covid struck it has also become home to numerous snooker tournaments.

The darts is back, and so is PDC PICKS!

Get your selections in for the 2021 Ladbrokes Masters for FREE, with a £500 prize pool up for grabs

Traditionally the Masters is an elite field non-ranking event which features the top 16 darts players on the PDC’s Order of Merit. However, in 2021 for the first time in the tournament’s nine year history, it will be a 24-player competition with the top-8 in the rankings parachuted directly into the second round.

All will all be fighting for a share of a £220,000 in prize-fund and it comes as no surprise that Michael van Gerwen is the competition’s favourite. However, while the Dutchman started odds-on in the ante-post long-lists in 2020 and 2019, this time he can be backed at 11/4 (William Hill).

Van Gerwen won this contest for five consecutive years between 2015 and 2019 but last year it was newly crowned World Champion, Peter Wright, which claimed the prize. There is no denying MVG has had a very bad 13 months and on a results basis last season was his worst since 2012. Consequently we cannot have him.

In darts betting the best form is the most recent and that means the newly crowned World Champion, Gerwyn Price, is the obvious one in the long-lists. The Welshman can be backed at 7/2 with Betfair in the outright markets and seeded No.1 he cannot meet MVG (seeded No. 2) until the final.

Gerwyn Price to win the competition 7/2 with Betfair

The new format of this competition, which starts on Friday night with Ian White meeting the enigmatic Mensur Suljovic at 7.10pm, sees the eight first round matches (all played on Friday) being a ‘best of 11 leg’ format. The second round and quarter finals are ‘best of 19 leg’ games while the semis and final are both ‘best of 21’.

At the prices the best bet of the night has to be Stephen Bunting to beat Joe Cullen (11/8 at bet365*). Bunting has won the last three encounters between this pair and he got a deeper run in the World Championships. There he averaged 96.3, 101.0, 97.8, 93.2 and 93.2 plus he landed a 170 checkout. Quite simply those figures are superior to Cullen’s.

An interesting betting opportunity comes in the ‘will there be a 170 checkout market’ with bet365 bookmakers. They make the ‘no’ scenario is 4/1.

While conceding there is going to be more darts played this year it is noteworthy that the only person to post a 170 finish during the last three Masters tournaments was Michael van Gerwen and given he is out of form the record of years that don’t feature a 170 finish could easily stretch to three-from-four.

Expires: 42D 03H 47M
New customers only, bet up to £20 on the Exchange and if your first bet loses, we’ll refund you £20 in Cash. Bet must be placed in first 7 days of account opening. T&Cs apply. Payment restrictions apply. T&Cs apply 18+ONLY |BeGambleAware/ Bet Responsibly. This is an advertisement.