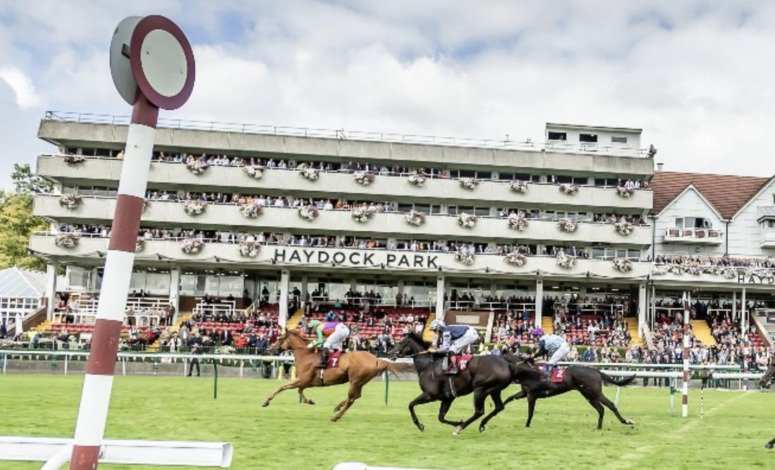 After looking like a Marillion dollars in the paddock, Lavender’s Blue put in a career-best performance on Saturday to land the Group Two Celebration Mile at Goodwood, chiefly at the expense of the Godolphin-owned favourite Benbatl.

The only mare in the field was sent off a 20/1 shot after struggling in this kind of company in her last three attempts.

Amanda Perrett’s five-year-old came with a determined run to nab Group One and Group Two winner Benbatl by a short-head at the winning line. The Saeed bin Suroor favourite was returning from a near year-long absence.

Perrett last trained the winner of this race 19 years ago with Tillerman, while Lavender’s Blue kept up the musical theme by winning in the colours of owner-breeder Benny Andersson, of Swedish supergroup ABBA.

Perrett indicated that her mare will go to Newmarket next to contest the Sun Chariot Stakes.

Bookmakers Coral were impressed by the Qatar Racing-owned filly and make her a 16/1 chance for next year’s 1000 Guineas, while Betfair specifically make her an 8/1 poke for the Fillies’ Mile at Newmarket in October.

Also on Saturday afternoon, the Mark Johnston-trained Dancing King made all the running under Joe Fanning to deny the well fancied Nagano by a head in the March Stakes.

Johnston had previously won the race with Sir Ron Priestley and Subjectivist, so Dancing King is certainly one to keep in your horse race trackers.

Solid Stone was also a Group Three winner too on Saturday. Trained by Sir Michael Stoute and ridden Richard Kingscote, the five-year-old was victorious in the Winter Hill Stakes at Windsor.

At the same venue, Teona took the Listed August Stakes for Roger Varian and Ray Dawson.

Tis Marvellous was a Listed winner at the weekend also, capturing the Beverley Bullet Sprint Stakes for Paul Hanagan and Clive Cox.

Cox is considering the Dubai International Airport World Trophy at Newbury on September 18th next for his sprinting star.

David O’Meara’s Summerghand is rapidly becoming one of the most popular flat horses in training after the seven year-old rewarded his supporters at 16/1 by winning the Listed Close Brothers Hopeful Stakes at Newmarket.

Those of you that follow the French racing like me will know that Deauville’s month long “Meeting de Deauville Barrière” came to an end for another season on Sunday.

Three Group Races took place on the final afternoon, the results of which could possibly give us some pointers towards the racing on Arc weekend.

At this stage on Monday (30th August), I’m happy to take an each-way bet on Charlie Appleby’s Creative Force at 6/1 with bet365*. The Jersey Stakes winner should be right in the thick of things in the Lancashire feature.

* Horse racing odds quoted correct at the time of writing. All betting odds subject to changes.

Expires: 44D 23H 30M
New customers only, bet up to £20 on the Exchange and if your first bet loses, we’ll refund you £20 in Cash. Bet must be placed in first 7 days of account opening. T&Cs apply. Payment restrictions apply. T&Cs apply 18+ONLY |BeGambleAware/ Bet Responsibly. This is an advertisement.