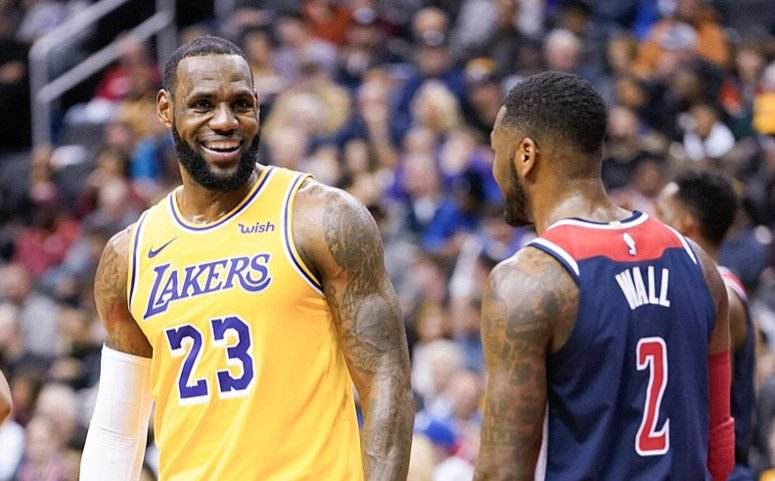 As is the case with numerous other sports tournaments around the world, the pandemic has added an extra dimension of uncertainty when making any NBA betting tips this season.

We’ve already had games being postponed, players being sidelined and teams taking to the court with the minimum eight active players this season. The fear of the championship being pushed into an enforced break is very real.

Amidst such uncertainty it’s become increasingly difficult to make any solid predictions how the remainder of the NBA season will unfold. You can keep abreast of all the latest NBA news over at BasketballIntelligence.net who provide daily NBA reporting analysis.

Those are our expert’s NBA tips but if you are looking for a second opinion you can find more NBA betting predictions here at Tarpsoffsports.com.

The Los Angeles Lakers went into the new season as the favourites to win the Western Conference finals again and to retain the NBA championship (now 13/5 with bet365).

Led by LeBron James and Anthony Davis, with former Defensive Player of the Year Marc Gasol added to last season’s roster, the Lakers do look to be the team to beat.

At the time of writing (23rd January), the Lakers sit top of the Western Conference alongside the Los Angeles Clippers.

9:03 pm: Fifteen years ago to the minute, the great Kobe Bryant walked off the court with 81 points in a single game 🖤 pic.twitter.com/g2LQXxQPDO

There’s plenty of quality on the LA Clippers’ roster in the likes of Kawhi Leonard, Paul George and Serge Ibaka and they are certainly more than capable of pushing their neighbours all the way in the Western Conference.

The Clippers are 3/1 with William Hill in the Western Conference betting odds and can be backed at 6/1 with BetVictor to win the NBA title.

With Harden on the roster alongside Kevin Durant and Kyrie Irving, the Nets are more than a match for anyone with the Big Three on board. However, there are defensive problems that need to be urgently addressed.

“You know who I was rockin’ tonight.”

In addition to the Nets and the Bucks, the other teams regarded as serious contenders for the Eastern Conference are the Philadelphia 76ers (13/2 with Betfair), Boston Celtics (13/2 with 888sport) and Miami Heat (17/2 with Betfair).

In individual player betting markets, Luka Doncic of the Dallas Mavericks currently leads the betting in the Regular Season MVP betting at 4/1 with bet365*.

He’s followed by Giannis Antetokounmpo and Kevin Durant both at 13/2 with Betfair and William Hill respectively.

Others at bigger odds include:

“My favorite player growing up was Reggie Miller.”

With @StephenCurry30 passing @ReggieMillerTNT for 2nd all-time in threes made, take a look at the mutual admiration these two sharpshooters have for each other. pic.twitter.com/whsHdsV0KG

* NBA betting odds quoted were correct at the time of writing. All odds are subject to change.

Expires: 34D 03H 12M
New customers only, bet up to £20 on the Exchange and if your first bet loses, we’ll refund you £20 in Cash. Bet must be placed in first 7 days of account opening. T&Cs apply. Payment restrictions apply. T&Cs apply 18+ONLY |BeGambleAware/ Bet Responsibly. This is an advertisement.