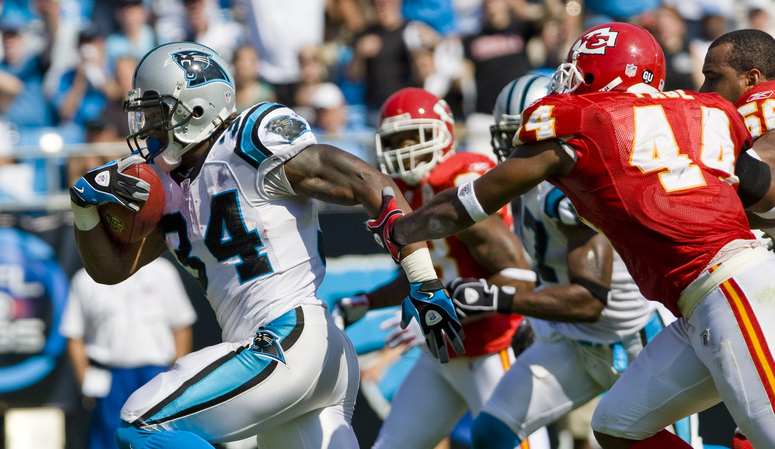 Few expected the Bucs to be in contention for Super Bowl LV at the start of last season, but with GOAT quarterback Tom Brady at the helm they gained momentum through the playoffs before eventually dominating the much-fancied Kansas City Chiefs 31-9 to be crowned champions.

Tom Brady may now be 44-years-old, but nobody will be underestimating the Bucs this season, especially with them having managed to retain their entire core of starters.

The Tampa Bay Buccaneers can be backed at odds of 13/2 with William Hill to retain the Lombardi Trophy at Super Bowl LVI.

The favourites are last season’s runners-up, the Kansas City Chiefs at 5/1 with Betfair. They are certainly the team to beat, with QB Patrick Mahomes the worthy 5/1 favourite with William Hill to be the Regular Season MVP. The Chiefs can also be backed at odds of 5/2 with Betfair to win the AFC Championship.

In addition to Mahomes, the Chiefs have a couple of other superstars in receiver Tyreek Hill and tight end Travis Kelce. If that trio stay fit and healthy, Kansas City could go one better than last season in winning the Super Bowl.

There are a number of other potential winners besides last season’s Super Bowl finalists, with these being the leading teams in the betting at the current best odds:

For all the very best NFL Futures bets from the leading online & offshore sportsbooks and the latest bonus offers available, visit oddswire.com.

The Bills should have little trouble in the AFC East and they have a talented young team with a great offense, orchestrated by QB Josh Allen.

The San Francisco 49ers and the Los Angeles Rams are in a highly competitive NFC West alongside the Seattle Seahawks and the Arizona Cardinals. The 49ers coach Kyle Shanahan looks set to rotate rookie quarterback Trey Lance in tandem with Jimmy Garoppolo. The latter looks set to get the nod as starter for the season opener against the Detroit Lions.

The 49ers look a great offensive team, while they should also be stronger defensively with the return of Nick Bosa. There are high expectations for the Rams after they managed to secure QB Matthew Stafford from the Detroit Lions to replace Jared Goff, which is seen as a major upgrade. However, they might be a little weaker defensively.

The AFC North also features a couple of potential Super Bowl LVI contenders in the Baltimore Ravens and Cleveland Browns. The Ravens suffered an early blow when they lost running back J.K. Dobbins to a season-ending tear in the ACL in his left knee in their preseason finale, but they can still count on Lamar Jackson and Gus Edwards to keep the offense on track.

The Browns’ running game has improved significantly under coach Kevin Stefanski and there is a fair bit of hype around the team. However, there is a lot of pressure on QB Baker Mayfield to maintain his form after making significant strides in 2020.

The Green Bay Packers have come within a game of the Super Bowl in each of the last two seasons under coach Matt LaFleur.

With doubts over the future of Aaron Rodgers now seemingly settled, could last season’s MVP lead his team to Super Bowl LVI at SoFi Stadium in Inglewood, California on 13 February 2022? It would be a fitting finale to what could well be Rodgers’ final campaign with the Packers.

The leading teams in the market for the AFC Championship are:

The leading teams in the market for the NFC Championship are:

* NFL betting odds correct at the time of writing. All odds subject to change.

Expires: 3004D 08H 23M
New customers only, bet up to £20 on the Exchange and if your first bet loses, we’ll refund you £20 in Cash. Bet must be placed in first 7 days of account opening. T&Cs apply. Payment restrictions apply. T&Cs apply 18+ONLY |BeGambleAware/ Bet Responsibly. This is an advertisement.