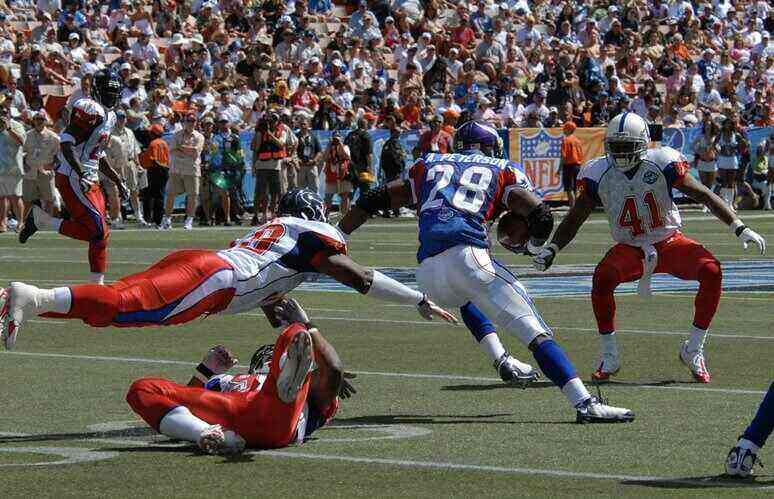 The new NFL season gets underway on Thursday 10 September, when the defending Super Bowl champions, the Kansas City Chiefs, play host to the Houston Texans. Below you will find our 2020/21 season preview along with our NFL Futures betting picks …

This season there are a few changes to the format, with the play-offs being expanded to include 14 teams. The big change there is that, unlike previously, now only the top seed in each conference (rather than the top two) will receive a bye to the Divisional Round.

The Wild Card Playoff Round is scheduled to start the 2020–21 playoffs on the weekend of 9-10 January 2021, with three games on each day.

The Divisional Round games will then see the top seed in each conference playing the lowest remaining seed, with the other two remaining teams up against each other. These games are scheduled for 16-17 January.

The winners of those games will advance to the Conference Championships scheduled for 24 January to decide who will be going to Super Bowl LV.

The Chiefs are again expected to challenge for Super Bowl LV, which is scheduled to be held at Raymond James Stadium in Tampa, Florida on 07 February 2021. At present they are favourites for to retain the title at 6/1 with bet365* among others and with quarterback Patrick Mahomes on the roster, they are certainly serious contenders again.

Vying for favouritism alongside the Chiefs for Super Bowl LV are their AFC Conference rivals, the Baltimore Ravens, who can be backed at 13/2 with William Hill.

The Ravens impressed hugely in the regular season during the last campaign, but then went down to a surprise loss at the hands of the Tennessee Titans in the AFC divisional round.

With NFL MVP Lamar Jackson on the roster and some solid draft picks in Patrick Queen and J.K. Dobbins, the Ravens look capable of going all the way this season.

The San Francisco 49ers came close to winning the Super Bowl last season, but eventually fell just short. The NFC champions are again expected to go well according to the NFL bookies, who have them as the leading Super Bowl contenders from the NFC at 10/1 with Betway.

The leading Super Bowl LV teams in the outright betting markets are:

In terms of the AFC Conference, the bookies look to have it down as pretty much a straight fight between the Chiefs and the Ravens.

The current best available odds on the AFC Conference outright are:

However, although the 49ers lead the way in the betting for the NFC Conference, this looks likely to be very competitive and there is a good case to be made for several other teams too. These are the current best available odds on the NFC Conference outright:

* NFL betting odds correct at the time of writing