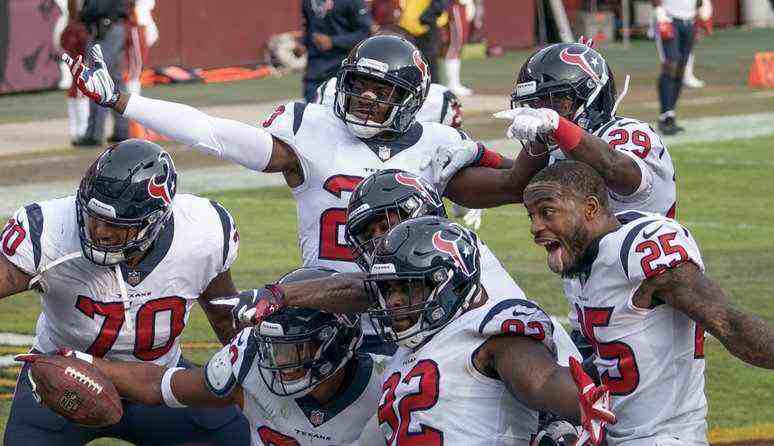 The Houston Texans (11-5) meet the Indianapolis Colts (10-6) at the NRG Stadium on Saturday afternoon in the NFL AFC Wild Card game and the first of our NFL Wild Card weekend picks.

For the Texans, Deshaun Watson is completing 68.3% of his passes for 4,165 yards, 26 touchdowns and nine interceptions. Watson has two or more touchdown passes in 13 of his last 21 games.

DeAndre Hopkins (pictured below) and Ryan Griffin have combined for 1,877 receiving yards and 11 touchdowns, while Keke Coutee has 28 receptions.

Texans wide receiver DeAndre Hopkins has dedicated Saturday’s game to Jazmine Barnes, a 7-year-old girl who was killed Sunday in a drive-by shooting in Houston. Via @ESPN. https://t.co/O1X0F5OJyV pic.twitter.com/GiHiCeYgFn

For the Indianapolis Colts, Andrew Luck is completing 67.3% of his passes for 4,593 yards, 39 touchdowns and 15 interceptions.  Luck has three or more touchdown passes in nine of his last 13 games. T.Y. Hilton and Eric Ebron have combined for 2,020 receiving yards and 19 touchdowns. while Chester Rogers has 53 receptions.

Both these teams have great momentum going into this game, with the Texans having won 11 of their last 13 games, while the Colts head into the playoffs having won nine of their last 10 games. The two meetings between the Colts and Texans this season were decided by three points each, with  the home team winning both games.

Home advantage might just swing this for the Texans and makes them worth backing -1.5 on the Point Spread over at bet365 bookmakers.*

The Dallas Cowboys (10-6) face the Seattle Seahawks (10-6) at the AT&T Stadium on Saturday evening in a NFC Wild Card matchup.

For the Cowboys, Dak Prescott has thrown for 3,885 yards, 22 touchdowns and eight interceptions on 67.7% passing, while rushing for 305 yards and six touchdowns.

How far will you go to reach your dream?

For the Seahawks, Russell Wilson threw for 3,448 yards, 35 touchdowns and seven interceptions on 65.6% passing, while Chris Carson rushed for 1,151 yards and nine touchdowns this season. Mike Davis rushed for 514 yards and four scores, while Rashaad Penny had 419 rushing yards and two touchdowns.

The Cowboys booked their spot in the postseason by clinching the NFC East division, winning seven of their last eight games. The Seahawks are the no. 5 seed in the NFC playoffs after winning six of their last seven games.

The Cowboys have only registered two playoff wins in the last 20 seasons, but with home advantage they look worth an NFL Wild Card bet on the Point Spread -2.5 at 1/1 with bet365*.

The Baltimore Ravens (10-6) meet the Los Angeles Chargers (12-4) in the NFL AFC Wild Card game at the M&T Bank Stadium on Sunday afternoon.

For the Ravens, Lamar Jackson is completing 58.2% of his passes for 1,201 yards, six touchdowns and three interceptions. John Brown and Willie Snead IV have combined for 1,366 receiving yards and six touchdowns, while Michael Crabtree has 54 receptions.

For the Chargers, Philip Rivers is completing 68.3% of his passes for 4,380 yards, 32 touchdowns and 12 interceptions. Rivers has two or more touchdown passes in 14 of his last 17 games. Keenan Allen and Mike Williams have combined for 1,860 receiving yards and 16 touchdowns, while Tyrell Williams has 41 receptions.

The Chargers could provide some value here on the Point Spread +3 at 19/20 with Betway Sports.

The Chicago Bears (12-4) meet the Philadelphia Eagles (9-7) on Sunday afternoon at Soldier Field in an NFL Wild Card Playoff game.

The Bears won their last four games of the regular season, with a 24-10 victory at the Minnesota Vikings last time out. In that game, QB Mitch Trubisky put up 163 yards on 18 completions, and Jordan Howard managed 109 yards and two TDs on the ground. Taylor Gabriel came up with four catches for 61 yards to lead the Chicago receivers.

You KNOW @jh is bringin’ this kinda thunder on Sunday! #🐻⬇️

The Eagles won their last three games to sneak into the playoffs, culminating in a 24-0 win on the road at the Washington Redskins last time out.  In that game, QB Nick Foles put up 221 yards with two TDs and a pick, while Wendell Smallwood led the rush with 53 yards. Alshon Jeffrey led the Eagles receivers with five catches for 59 yards and a TD.

The Eagles have found some good form at the right time, but the Bears have a solid defense that should see them through and makes them worth betting on the Point Spread -6 at 20/21 with William Hill.

Expires: 3004D 07H 16M
New customers only, bet up to £20 on the Exchange and if your first bet loses, we’ll refund you £20 in Cash. Bet must be placed in first 7 days of account opening. T&Cs apply. Payment restrictions apply. T&Cs apply 18+ONLY |BeGambleAware/ Bet Responsibly. This is an advertisement.