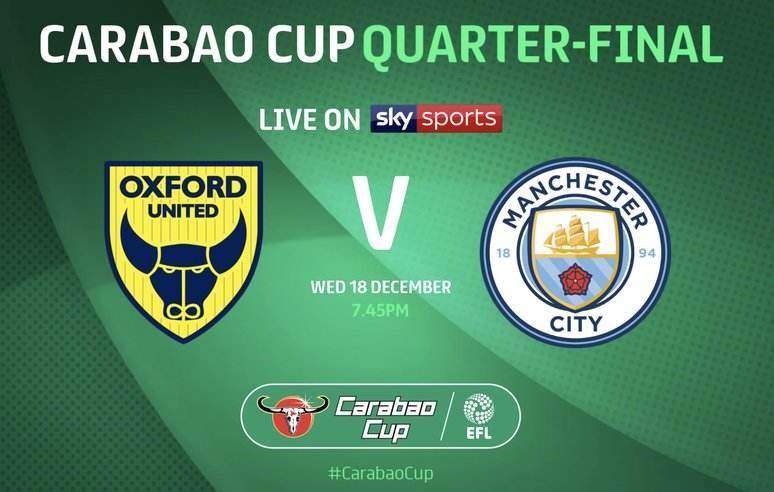 Although generally free-scoring this season, Oxford come into this match having failed to score, let alone win in any of their previous three games in all competitions.

Even so, they will believe that they are not without hope against a Manchester City team that hasn’t generally been at their best this season and who have looked particularly vulnerable defensively.

Oxford have already accounted for Peterborough United, Millwall, West Ham United and Sunderland in this season’s competition, but City did eliminate them at the 3rd round stage last season, when they won 3-0 at the Kassam Stadium.

In the Match Result betting, Oxford are available at 22/1 with Coral, with the draw at 10/1 with Betfair and Manchester City at 1/8 with Betway.

There’s clearly not a great deal of attraction in backing the Citizens at those Carabao Cup betting odds, so the ‘Match Result & Both Teams to Score’ (BTTS) market provides greater interest, with ‘Man City & Yes’ available at 11/8 with Betway.

In terms of a Correct Score bet, a 3-1 win for Manchester City can be backed at 19/2 with BetVictor while, in the Anytime Goalscorer betting odds market, Phil Foden might be worth an interest at 11/4 with Betfair.

Unpopular opinion: Phil Foden is the best under-20 midfielder in the world pic.twitter.com/ijafAPaEap