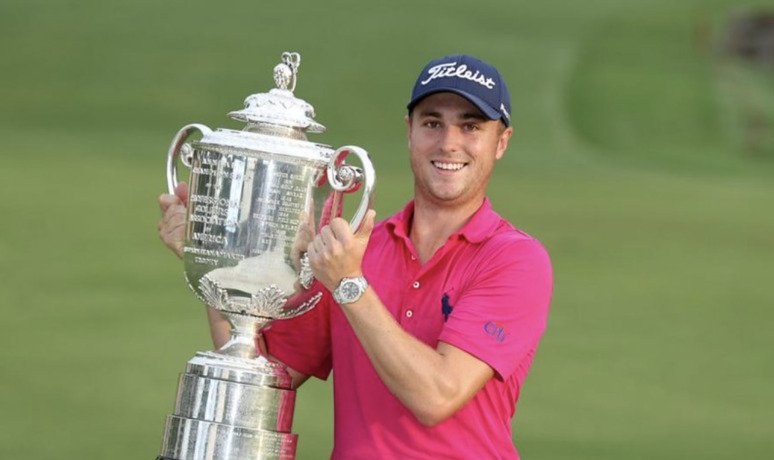 The PGA Championship 2021, the second major of the 2021 golf season, is scheduled to take place from Thursday 20 May to Sunday 23 May at The Ocean Course at Kiawah Island, South Carolina.

The 2020 tournament provided Collin Morikawa with a first major victory, while Rory McIlroy won on the only previous occasion the PGA Championship was held here, romping home by eight strokes in 2012.

The Ocean Course was designed by Pete and Alice Dye and at around 7,800 yards it does tend to favour the big hitters. However, it does also expose the golfers to what can often be strong winds coming in from the shoreline of the Atlantic Ocean. It’s a challenging course as it is, but the weather can make low-scoring very difficult.

A course that is equal parts beauty and brutal.

Who are the favourites?

Dustin Johnson is the favourite for this year’s tournament at 12/1 with bet365*. Johnson is the No. 1 ranked player in the world, but he did miss the cut at the Masters. His length off the tee ensures that he has to be considered a serious contender at a course where that power can prove crucial.

Dustin Johnson out injured just a week before the USPGA Championship…

Next in the US PGA betting odds are:

Those seeking bigger odds can get:

A good outside bet could be Will Zalatoris at 40/1 with BoyleSports. The 24-year-old Californian missed the cut in his first major, the US Open in 2018, but in two subsequent major appearances he finished tied for sixth place in the US Open last September and was then runner-up to Matsuyama in the Masters in April.

In addition, Zalatoris possesses both the length and iron play to challenge at Kiawah.

So who will win the PGA Golf Championship?

John Rahm is currently considered the best player without a major title. After a slow start, he rallied to finish tied for fifth at the Masters last month. That was a sixth top-10 showing in his past 12 majors.

Justin Thomas, the 2017 winner of the PGA Championship, picked up his biggest win since that victory Quail Hollow at this year’s Players at Sawgrass, which is another Pete and Alice Dye course just like Kiawah.

Jordan Spieth is very much the form player coming into the tournament, with five top-four finishes since January, including a win at the Valero Texas Open and finishing tied-third at the Masters.

Since making his major debut at the US Open in 2017, Xander Schauffele has racked up eight top-10 finishes and six top-fives in his 15 starts at majors, missing the cut just once. His length off the tee won’t hurt his cause either.

Like Schauffele, Tony Finau (40/1 with Betfair) is something of a specialist when it comes to top-10 finishes at the majors, with no fewer than eight from his last 10 starts. He’s another with plenty of power off the tee too, which should prove beneficial at Kiawah.

The Norwegian Viktor Hovland won the Mayakoba Golf Classic in December and the Puerto Rico Open in February last year, both of which are played at venues using the same Paspalum grass as the Ocean Course. That has to be taken into account.

* US PGA Golf odds correct at the time of writing. All betting odds are subject to change.

Expires: 42D 03H 49M
New customers only, bet up to £20 on the Exchange and if your first bet loses, we’ll refund you £20 in Cash. Bet must be placed in first 7 days of account opening. T&Cs apply. Payment restrictions apply. T&Cs apply 18+ONLY |BeGambleAware/ Bet Responsibly. This is an advertisement.