Open Bournemouth could result in Over 2.5 Goals v Man.Utd 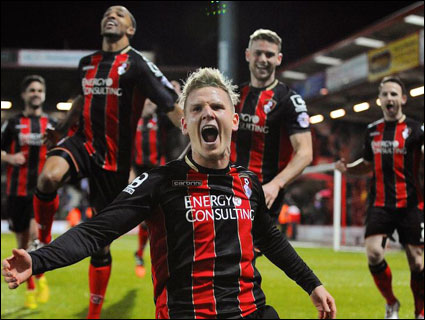 The Jose Mourinho era at Manchester United kicks-off in earnest on Sunday as the Red Devils begin their Premier League campaign with a potentially awkward looking trip to the south coast to face Bournemouth.

Manchester United already has silverware in the cabinet this season after beating Leicester City 2-1 in the Community Shield at Wembley last Sunday.  The winner was scored by Zlatan Ibrahimovic and the Swedish veteran could provide the character so often lacking in the team on the pitch last season.

In addition to Ibrahimovic, Henrikh Mkhitaryan, Eric Bailly and, following a summer-long pursuit, Paul Pogba (medical notwithstanding) have also joined the club.  Anything less than a top-four finish this season will be deemed disastrous.

For his part, Mourinho seems to have started the new season in much the same way as he did the last one.  Back then he helped to derail Chelsea’s season with his (ultimately costly) treatment of the popular first-team doctor Eva Carneiro.

This time he already seems to be working on undermining Juan Mata by having him substituted at Wembley after coming off the bench himself just 30-minutes earlier.  Given that Mourinho has previous form when it comes to Mata, it’s difficult to believe that this wasn’t a deliberate attempt at public humiliation aimed at forcing the player out.

Last season Bournemouth coped perfectly well following promotion, even overcoming an injury crisis early in the campaign to eventually survive with a degree of comfort.  Few are anticipating any problems this season either, with little expectation of Eddie Howe’s men experiencing a bout of second-season syndrome.

The Cherries have invested heavily in youth over the summer, bringing in the likes of Jordon Ibe, Lewis Cook, Lys Mousset, Brad Smith and Nathan Ake.  With Callum Wilson, Harry Arter, Tyrone Mings and Max Gradel all ready to go after injury-hit seasons, Bournemouth could be an attractive team to watch this season.

Bournemouth were often quite open at the back last season and they did lose nine matches at home, including a few heavy defeats.  They have enough about them to cause Manchester United’s defence a few problems themselves though and there could be a few goals as a result.