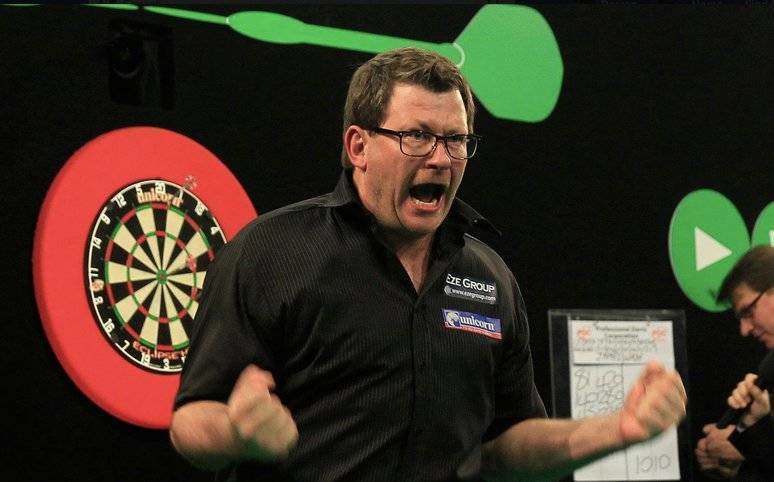 Gary Anderson has been forced to pull out of the 2019 Unibet Premier League with a back injury. In an unusual move the PDC have chosen to replace him with 9 individual players on each of the nine ‘Phase 1’ nights.

They are as follows:

Here’s the nine players who will replace Gary Anderson in the 2019 @unibet Premier League.

This move makes the Premier League Darts a nine-player competition and it also strengthens the chances of Michael van Gerwen who will be seeking his fourth consecutive Premier League win and fourth in succession.

The Dutchman now has to be considered unopposable given his all-round brilliance and recent form which has seen him win the PDC World Championships and last weekend’s BetVictor Masters tournament.

As a consequence there will be plenty of alternative darts betting markets such as ‘without the favourite’.  Likewise you can find markets on ‘who will finish bottom of the league’ and this gives us our first tip, Welshman Gerwyn Price.

Gerwyn Price made history last year by failing to win any one of his nine Phase 1 matches. He did draw two matches but with a leg difference of -29 he was clearly outclassed. Recently slapped with a £21,000 fine and booed every time he walked to the oche in the Darts Masters tournament less than a week ago, once again he could be an easy nut to crack.

It’s 8/11 about there not being 9-dart finish though and that does hold some betting appeal. There was not a ‘perfect leg’ in the 2018 Premier League (or 2015, 2014, 2013) and Gary Anderson’s absence is certainly a bonus as the Scotsman has recorded three televised 9-dart finishes during his career to date.

As for Thursday’s opening night action, which comes from Newcastle, we have two strong darts betting tips and a two thirds of a third game covered giving us two trebles at 11/1+ and 22/1+ apiece.

James Wade got a good spin out of last weekend’s BetVictor Masters making the final. That should give him plenty of confidence going into this week’s opening Premier League Darts match against a retiring Raymond van Barneveld who was very rusty and poor when last seen in action at the 2019 World Championship.  Wade can be backed at 5/4 with Betfair which is industry top-price.

If you have a tenner on you should have £22.50 trousered which we would recommend ploughing into Daryl Gurney at 11/8 (with William Hill) in his match against Gerwyn Price. Price has never won a Premier League Darts match and judged on his performance at the Masters on Saturday, he’s not going to start now.

I’m absolutely loving the new look Premier League of Darts. Last year Twitter ( YOU ) called it stale, new faces are playing and now you want to old one back. Ha. It needed a revamp you offered, it’s been radically changed and you don’t like it..even before you’ve seen it. #DARTS

Final Leg Of The Treble

Hopefully your £10 investment will be £53,44 now which we recommend splitting in two and placing two Premier League darts bets on the Peter Wright vs Rob Cross match where we think it’s unlikely the 2018 World Darts Champion will get the gravy.

Therein the recommendation is backing both Wright to win with the sponsors, Unibet, at 7/5 and also covering the Draw at 10/3 with BetVictor or William Hill once more.