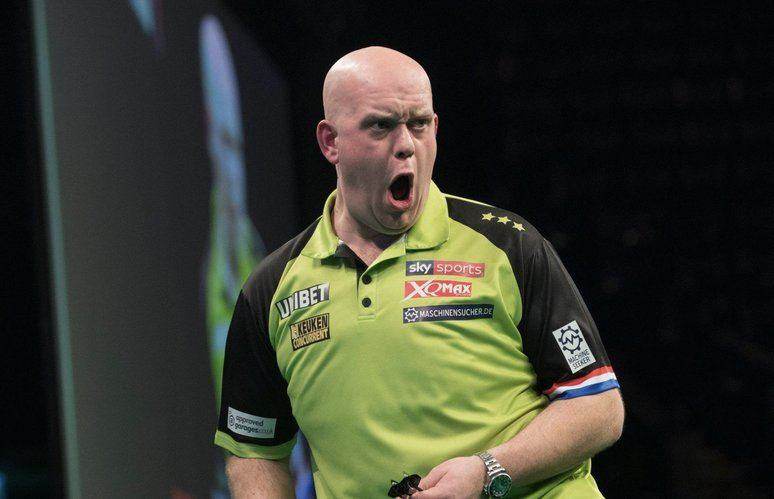 The Premier League trophy comes home to Liverpool this Thursday

Alas it is only the darting version! With just eight players remaining in the 2019 Premier League Darts competition we have only four games a night but, thankfully, there’s a raft of darts betting opportunities amongst obscure betting markets – and these often provide far better betting angles than the traditional win/lose/draw scenarios. Read on for our Premier League Darts best bets for Liverpool…

THIS WEEK | The @unibet Premier League continues on Thursday with Night 11 @MandSBankArena in #Liverpool.

We do know Peter Wright draws as often as he wins or loses – five times from ten starts in the current Unibet Premier League – and that makes him a good darts bet in the handicap markets when he is receiving a start.

This week he gets a good start too, against Rob Cross, +2.5 legs, albeit this is only 8/11 (top priced at Boylesports). Take that, don’t be greedy by opting for the even-money with sponsors, Unibet, about him in receipt of just +1.5 legs

Hardly seems like a year since this sad night in Liverpool, am sure Eric is well settled now amongst the great darts team in the sky 🎯 https://t.co/f5w6SCIX8L

But the pick of our Premier League Darts best bets this week is Gerwyn Price to claim the highest match checkout against Mensur Suljovic. There’s little between this pair on form right now but Mensur Suljovic can be inconsistent and/or unpredictable.

Mensur Suljovic is coming off a bad weekend having being eliminated in the early stages of two Players Championships and while his Premier League Darts form is holding up his recent checkouts leave a lot to be desired. That’s not the case with Gerwyn Price who has produced 128, 147 and 108 finishes in his last three matches. I’m expecting more of the same and am backing my judgment with bet365* at odds of 5/6.

Remaining on the checkout theme… it is hard to believe that despite winning 63 legs in the 2019 Unibet Premier League Darts season Michael van Gerwen has not claimed a ‘finish’ greater than 132. In fact, he’s rarely finished on a 100+ and head-to-head in matches, he has only claimed the highest match five times from ten games.

Sadly it’s hard to see him winning just a few legs against Michael Smith on Thursday, he will surely take eight and take the match. But with just three of his ten Premier League Darts matches featuring a 101+ finish there is an overwhelming chance he will not register ‘a big one’ and consequently you have to like the 5/6 (with BetVictor) about this match not providing us with a 121 or higher checkout.

Expires: 9D 02H 51M
New customers only, bet up to £20 on the Exchange and if your first bet loses, we’ll refund you £20 in Cash. Bet must be placed in first 7 days of account opening. T&Cs apply. Payment restrictions apply. T&Cs apply 18+ONLY |BeGambleAware/ Bet Responsibly. This is an advertisement.