Free tips Premier League Darts Bets for Glasgow: Peter Wright Can Get Glasgow Off to a 180 Flier 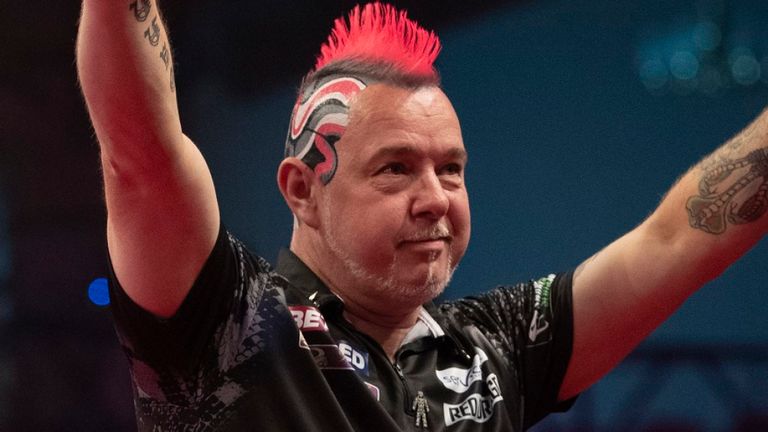 It’s Week 13 and the Premier League Darts roadshow is back in Scotland for a second time in 2022. The crowd reaction in Glasgow could be antagonistic towards some players – as it was in Aberdeen – but at least one match is an all-Scottish affair.

Gary Anderson and Peter Wright meet in the night’s opening first-round match which should feature minimal negativity. It might also feature a minimal number of legs. Anderson has failed to progress beyond his first match just once in the past 11 weeks.

Peter Wright has failed to win his first match just four times during the 12-week 2022 Premier League season. Having played 50 percent more matches than Anderson, he should have stats that are 50 percent better than those of Anderson’s …and he does.

Unsurprisingly Wright is best odds 2/5 to win this contest. It is short enough as Anderson did unexpectedly win week 6 of the competition in Nottingham in mid-March. Lightning could conceivably strike again.

But the best bet has to be Wright registering the most match 180s. At odds of 17/20 (1.85) with William Hill it is standout stuff on paper as, on a ratio of games played, only Michael van Gerwen has a higher 180 success rate in the 2022 Premier League Darts.

🎯🏴󠁧󠁢󠁳󠁣󠁴󠁿The next darts cover artwork is here! Glasgow is the destination for the PDC Premier league, into final set of artwork for the last few events!@OfficialPDC x @CurtisSport pic.twitter.com/fCUM1SyL3S

Gerwyn Price is now 9/4 to finish in the top-four of the competition and make the semi-final stages. Remarkably he has won two consecutive matches on a night – the task that must be achieved to make a final – just once in three months.

Smith’s record is equally unimpressive, but he did win his opening match against Gary Anderson by six legs to two last week and, while he was beaten in his semi-final, he recorded an impressive 104 three-dart average.

Statistics show Smith has registered far more 180s (50 versus 33) and he also has a higher three-dart average and checkout percentage than Price. Nevertheless, Smith is a big underdog to win when he meets his Welsh rival on Thursday.

At betting odds of 6/4, there is little point in getting creative. Smithy is a great price to win this contest. It will be their third face-off in the tournament to date. The scores are currently one apiece.

In summary, here are our two best darts bets for Glasgow for Thursday night. Good luck if you are playing.

* Darts betting odds correct at the time of writing. All odds are subject to changes.

Expires: 3004D 08H 34M
New customers only, bet up to £20 on the Exchange and if your first bet loses, we’ll refund you £20 in Cash. Bet must be placed in first 7 days of account opening. T&Cs apply. Payment restrictions apply. T&Cs apply 18+ONLY |BeGambleAware/ Bet Responsibly. This is an advertisement.