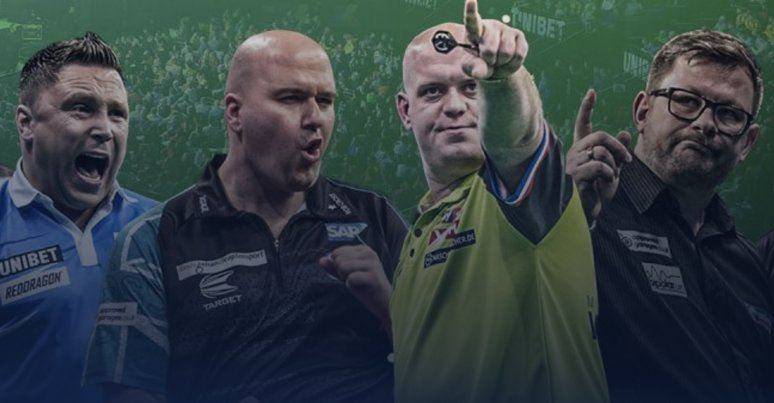 At this stage Michael van Gerwen and Rob Cross are looking certain to be on their way to the finals night in London’s O2 Arena.  But which two players will join them? James Wade, Gerwyn Price and Mensur Suljovic are all in contention but the former pair will have their work cut out to add to their points tally this evening – they face Michael Van Gerwen and Rob Cross.

Mensur Suljovic should be a winner on the night though as he faces a very out-of-sorts Michael Smith who resides at the bottom of the Premier League Darts table. The 2018 runner-up has lost three of his past four Premier League Darts matches and played dreadfully in the German Darts Grand Prix on Sunday.

With one player in fine form (winning five of his last seven Premier League Darts games) and the other, Michael Smith, on a downward spiral it amazing to think the online bookies make Suljovic the underdog in this match.  They need punishing, especially Betfred who go an industry top-price of 8/5 about the Austrian.

Mensur Suljovic to beat Michael Smith at 8/5 with Betfred

Back Gerwyn Price to continue his 180 run

The Rob Cross vs Gerwyn Price match looks like a home win! Cross has been beating everyone recently – including Daryl Gurney and Mensur Suljovic in the weekend’s German Darts Grand Prix – but he struggles to overcome MVG as we know.

But if you look deeply enough you will see Price has been smashing in the 180’s. With a sum total of 41 during the competition he tops the 180 table and that’s all the grounds you need to back him to post more of them than Cross in this match – surely this outcome should never be darts odds of 5/4.

Gerwyn Price comes close to a roof-raising nine-darter but takes out 52 for a crucial break of throw.

Imagine The Iceman’s reaction if he’d hit the nine!😳 pic.twitter.com/L1WC12vgKo

MVG won Monday night’s German Darts Grand Prix and he has been busting up his Premier League rivals for fun too. What makes his victories all the more remarkable is his low finishing scores.  He beat Rob Cross 8-2 last week despite his highest match checkout being just 90. It’s a similar story from the Dutchman most weeks.

As Thursday’s opponent, James Wade, is an unlikely victor and may only win a few legs, backing him to record the games highest checkout is nonsensical.  Instead we suggest you back the ‘highest match checkout’ to be under 124.5 at 5/6

Congratulations, Mighty Mike! 👏 With an 8-3 win in the final against Simon Whitlock Michael van Gerwen defends his title at the German Darts Grand Prix 2019 in Munich, wins his fifth title in a row at the last five darts Easter events and secures his 30th European Tour title! 🏆 pic.twitter.com/Gy1mIcusbj

Expires: 12D 06H 1M
New customers only, bet up to £20 on the Exchange and if your first bet loses, we’ll refund you £20 in Cash. Bet must be placed in first 7 days of account opening. T&Cs apply. Payment restrictions apply. T&Cs apply 18+ONLY |BeGambleAware/ Bet Responsibly. This is an advertisement.