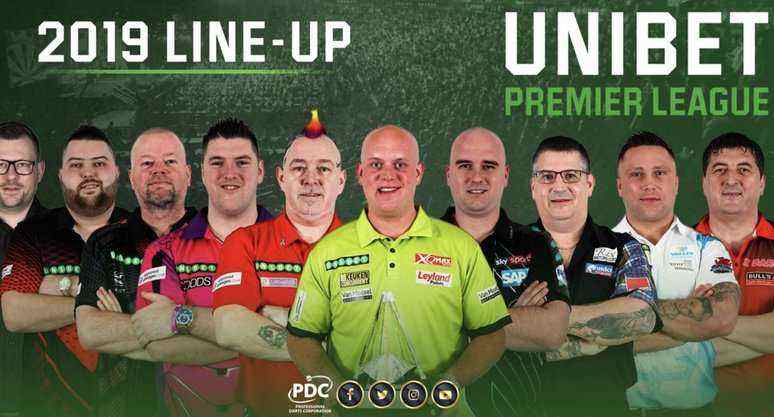 Far away from the Sky Sports TV cameras a number of darts biggest names have been in action over the weekend playing in one or two PDC Players Championships in Wigan. Michael van Gerwen won the first of the two events taking his winning sequence to 18 and then won four more to reach the quarter final of the second competition. Along the way he threw a host of 100+ average games and even recorded a nine-dart finish.

Of course we know full well about MVG’s abilities and that’s reflected on his 1/3 odds (William Hill) to beat Mensur Suljovic this week. But we do have a genuine dark-horse in the shape of this week’s Premier League invite player, Glen Durrant…

The reigning BDO World Darts Champion Glen Durrant showed no signs of nerves when competing as a PDC player for the first time at the weekend and he marched all the way to the final of the second competition. He was beaten 8-7 by Dave Chisnall in the final but he beat Joe Cullen 7-4, John Henderson 6-4, Robert Thornton 6-4 and Peter Wright 6-3 along the way.

‘Durrant one of the world’s best’: Wayne Mardle has hailed Glen Durrant as one of the best players in world darts, as the three-time BDO world champion prepares to make his Premier League debut on Night Two in Glasgow. https://t.co/YjIfjbMCOC pic.twitter.com/FvI4iRSVFN

These results must have given him no end of confidence and we think he can beat Daryl Gurney at a tasty 7/5 (bet365*) this Thursday. Gurney at his best is a handful for anyone but he has not been at his best and he was a first round casualty in the Masters and beaten by in the Premier League Darts last week. On both occasions he took an early lead, so those losses are unforgivable.

Crossing off Rob in Favour of James Wade

Elsewhere James Wade posted an excellent 107.9 average in one of his weekend Players Championship matches and he’s another strong fancy on Thursday given, once again, how poorly his rival is playing.

Rob Cross is his opponent on this occasion and the 2018 PDC World Darts Champion must have been disappointed to only draw against Peter Wright last week after racing to a 3-1 lead. He’s actually had a lot of disappointments recently and James Wade has beat Rob Cross on four of the five occasions they met in 2018. Understanding that, how can ‘the Machine’ be a 2/1 poke on Thursday?

124 ON THE BULL! James Wade wins the first match of the 2019 Premier League against Raymond van Barneveld 7-4. #Unibet180 pic.twitter.com/ZbvSmBAw0z

Our other fancies this week include Mensur Suljovic to have the highest checkout in his match against MVG.  This darts bet is 9/4 at Coral and on the stats we have run through the blender it looks way too big. The Austrian claimed this accolade when this pair last met, at the start of the month in the Masters, incidentally.

In the Peter Wright vs Michael Smith game the opening checkout being 40.5+ is priced at 10/11 with Betway.  Based on both players recent trends, it appears a very generous price.

Expires: 3004D 07H 54M
New customers only, bet up to £20 on the Exchange and if your first bet loses, we’ll refund you £20 in Cash. Bet must be placed in first 7 days of account opening. T&Cs apply. Payment restrictions apply. T&Cs apply 18+ONLY |BeGambleAware/ Bet Responsibly. This is an advertisement.