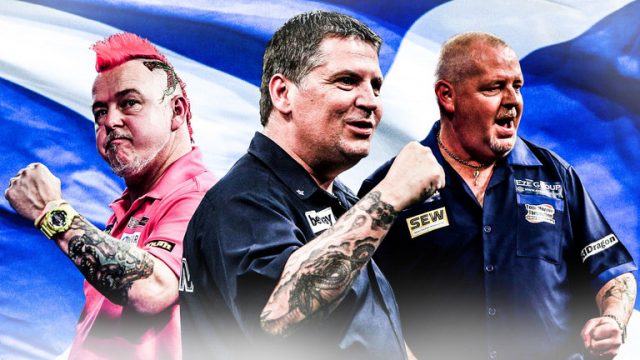 Dart’s 2020 Unibet Premier League competition will get underway this Thursday 6th February. The Sky Sports televised event will be on our screen every week night for the next 16 weeks visiting 16 individual venues but with back-to-back nights in Rotterdam, Holland (March 25th & 26th) means there will be a total of 17 nights of darts action. Read on for our Premier League Darts betting preview for Week 1.

The 2020 format remains the same as last year so there will be a guest player (officially called a ‘challenger’) every week during the first nine nights of action and the completion of ‘Phase 1’.

During the next seven weeks (Phase 2) each of eight remaining fully-fledged Premier League players will face one another once leading us to the ‘play offs’ where the top four league players will contest the two semi-finals and the final in London’s O2 Arena on May 21st.

⏰ONLY TWO DAYS TO GO

Who’s excited for the start of the 2020 @unibet Premier League?

We kick off in Aberdeen this Thursday at @PandJLive, Live from 7pm (GMT).

This is going to be epic, be there, 👉🎟️ https://t.co/wfxscrb4hv pic.twitter.com/GeQv8ABCPM

John Henderson is the first of the ‘challengers’ to take part and the hugely popular Scott is sure to receive massive support from his home fans when taking to the stage to play Premier League newcomer Nathan Aspinall.

Remarkably this pair have never met before but clearly, on overall form, Aspinall is recognised to be the better player. Nevertheless that could account for little given the vocal support Henderson is sure to receive. It was enough to see ‘The Highlander’ over-perform here in Aberdeen a year ago. On that occasion he threw six 180’s in registering a draw against an in-form Michael van Gerwen.

You have to believe the momentum will be there once again and while Henderson may not be able to register a victory, he can certainly push Aspinall all the way to the line.  Consequently he can better his handicap mark where he starts with a +2.5 leg advantage.

Gary To Do Great

There’s only one thing more popular than John Henderson in Scottish darts and that’s Gary Anderson. The 2011 and 2015 Premier League winner was forced to miss last year’s competition through back injury but he remains the most experienced Premier League player of all and is taking part in the competition for the ninth time.

With an awesome record when playing in Scotland and with definite signs of a return to his best when making the semi-finals of last weekend’s Masters (mullering Gerwyn Price 10-2 in the second round), Anderson looks something of a good thing against Daryl Gurney in a game scheduled to start at 8pm.

Gurney has been very disappointing in recent months and there was little to be encouraged about when he returned from a month off in the Masters (was defeated in the first round by Dave Chisnall).

This too could be a thumping, and as the scores were 6-2 in Anderson’s favour when they last met in September 2019, a similar score-line is entirely possible.  So, once again, head to the handicap and back the home boy to beat it.

Expires: 9D 02H 54M
New customers only, bet up to £20 on the Exchange and if your first bet loses, we’ll refund you £20 in Cash. Bet must be placed in first 7 days of account opening. T&Cs apply. Payment restrictions apply. T&Cs apply 18+ONLY |BeGambleAware/ Bet Responsibly. This is an advertisement.